A rivalry is brewing between the soldiers at an otherwise tranquil Army base and the civilians of a nearby Southern town. With good intentions, Col. Flanders (Don Ameche) tries to keep the piece and uses Brian Keith to work community relations. However, peace is hard to come by with Ernest Borgnine as a beat first ask questions later sheriff. The Colonel organizes a dance and encourages all in the area to attend. But instead of merriment, tensions are even higher. Tony Curtis plays a wise cracking Sergeant who can’t stay out of trouble and soon lands in jail. Brian Keith borrows a tank to release his friend from jail. A rebellious town leader Billy Joe Davis (Tom Ewell) proclaims war against the military with his own private army. Suzanne Pleshette co-stars as the oh so lovable bar maid.

Also Featuring the Cast of Suppose They Gave a War and Nobody Came? 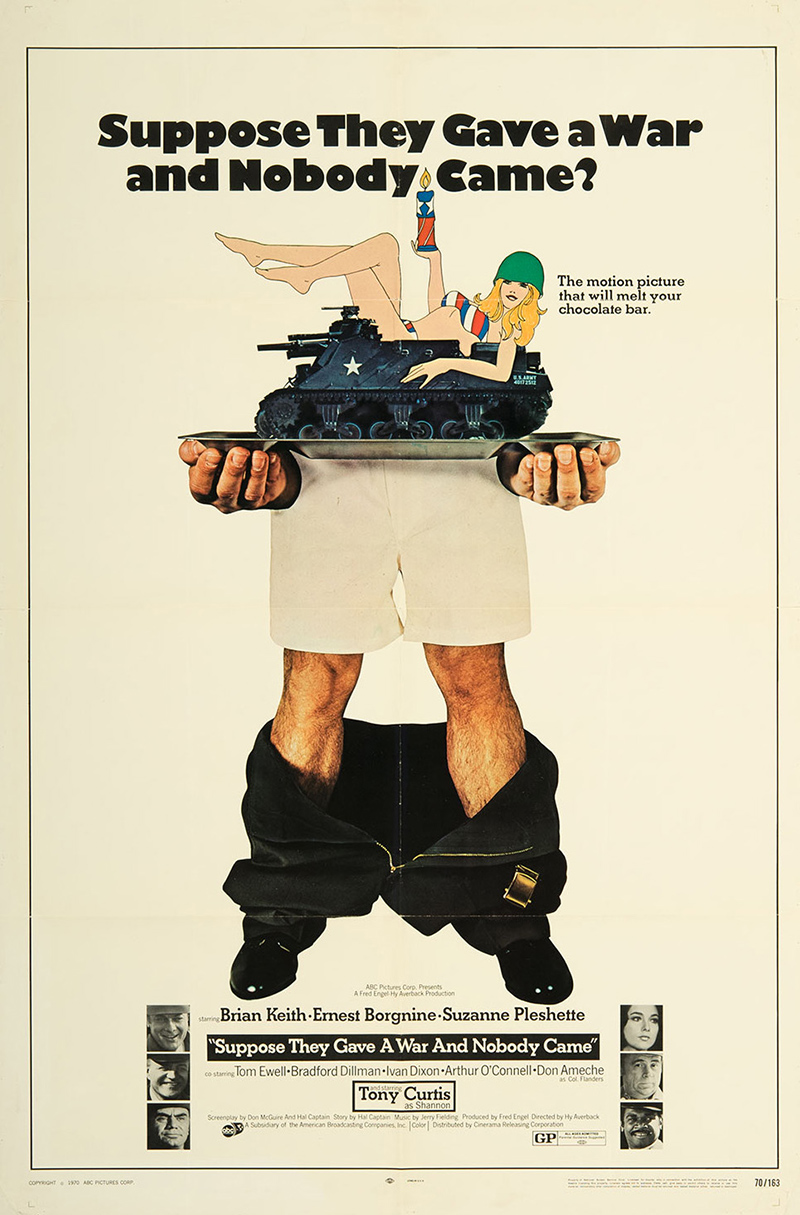 You're viewing: Suppose They Gave a War and Nobody Came? $40.00
Add to cart