Jack and Kay Walsh are typical of many couples of the 1940s, where he is the breadwinner and she the housewife dependent upon him to do the man’s duties around the house. Jack believes one of their neighbors in the housing complex in which they live in Los Angeles is white trash – he letting her know so at every opportunity, while Kay is quietly curious about her. That neighbor is streetwise Hazel Zanussi, an aspiring singer who does get a chance to sing on occasion at the club managed by her casual boyfriend, Biscuits Toohey, although he relegates her to being one of the taxi dancers more often against her wants, while he cheats on her behind her back despite truly having feelings for her. Hazel just wants to make an honest living. Their worlds are turned upside down on December 7, 1941 when the US enters WWII with the Japanese bombing of Pearl Harbor. Jack immediately enlists in the Navy, and while he will send money home, his decision leaves Kay largely to fend for herself. Against what she knows are Jack’s wishes, Kay decides to follow the request made by the government to the female population to do their part in the war effort by getting an assembly line job at a factory, in Kay’s case as a riveter at Santa Monica-based MacBride, a military aircraft manufacturer. Hazel, too, gets a job there. Despite a rocky start based on how Hazel knows Jack feels about her, Kay and Hazel become best friends in the process, largely in their and their fellow female employees needing to stand up to the taunts by their less than enthusiastic male colleagues. Working for a living and having Hazel as a friend results in Kay standing on her own two feet for the first time, including making important decisions on her own. Kay is pursued romantically by their line leadman, Lucky Lockhart, who sees himself more as a musician, a trumpeter, than a factory worker. Kay has to decide how far to go with Lucky, to whom she is admittedly attracted, but she does not want to betray Jack, especially due to the reason for his absence. With all these issues going on in Kay’s life, she will be tested to see if she can go back to her previous life in all its aspects if and when Jack makes it home, especially after the war. 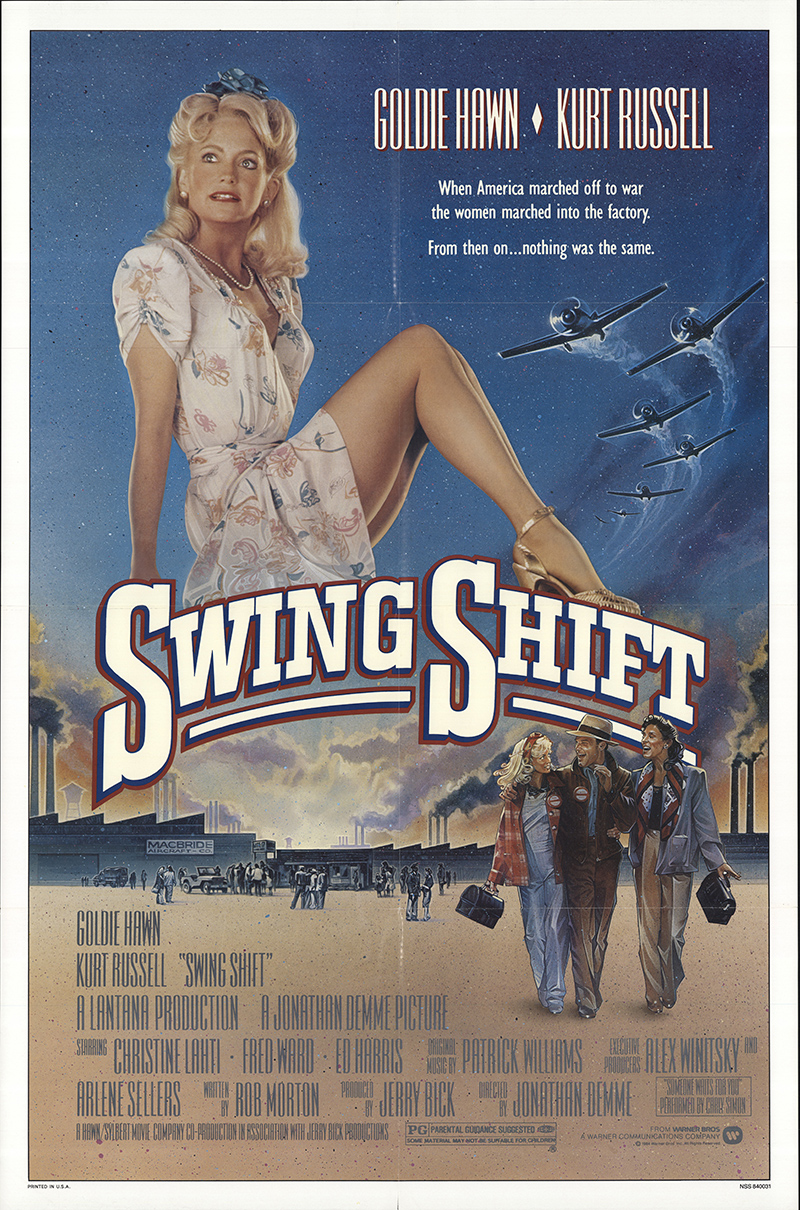