Tarsus, in the Roman province of Cilicia, AD 120. Two Carthaginian sisters, Lea and Esther, are bought as slave girls by Roman tribune Marcus Valerius, who gives them as a present to proud Julia Martia, daughter of the proconsul. Ambitious, greedy and vindictive, Julia is betrothed to the cynical Flavius Metellus, a member of the Senate, but in fact she is in love with Marcus. However, he prefers the simple sweetness of Lea, which drives Julia to cruelty and revenge. The proconsul is murdered by Flavius Metellus who becomes his successor. Believing the Christians were responsible for her father’s death, Julia, now the new proconsul’s wife, orders the persecutions to begin. Marcus is ordered to carry out the campaign, but faced with the courage and faith of the Christians he realizes they are innocent. He is arrested after being betrayed by a shepherd and joins the two sisters in the dungeons. Lea is tortured and blinded after refusing to divulge the hiding place of the remaining Christians. Marcus and the others are sentenced to death, but his men free him in time to prevent the Christians being burned alive. In the bloody battle that follows Julia and her husband are killed and the Christians are liberated. Marcus, now also a Christian, is proclaimed the new proconsul and takes Lea as his wife. Although blind she will lead her husband with the sweetness of her soul and the light of faith that has saved her.

Also Featuring the Cast of The Sword and the Cross 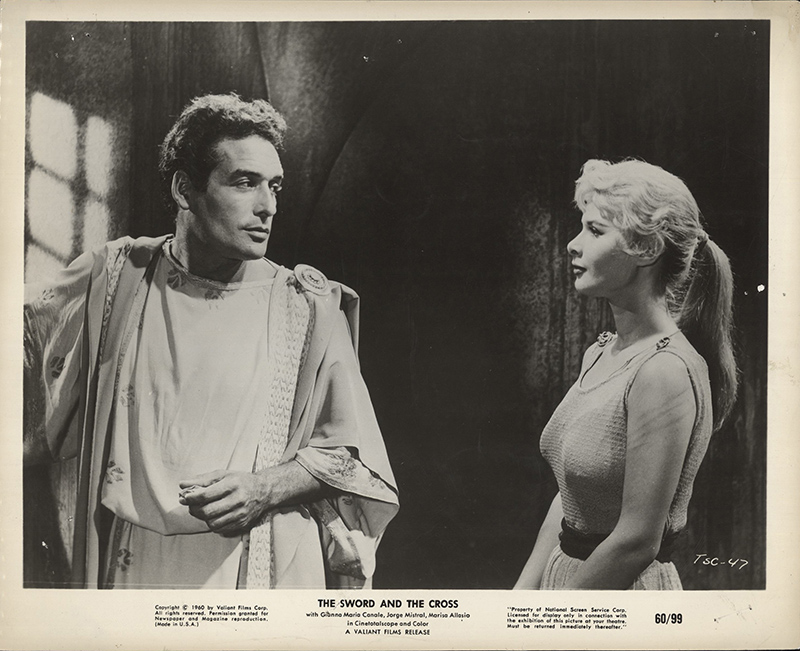