Condition Note: (FN) Water damage wrinkling throughout, staining, mildew stains, pinholes at corners and in center, some paper loss on left side, fold separation at top center fold, stains on back.

Daniel Thatcher is an American sergeant serving with a British tank corps in North Africa. He and most of his unit are captured by the Germans, who learn his identity as a man who once tried to assassinate Josef Goebbels, Hitler’s right-hand man. Thatcher’s wife was killed in the concentration camps, and now, after his failed attempt to kill the Nazi leader, Thatcher is a real prize for his captors. But Thatcher prefers not to go back to Germany as a prize, so he leads his fellow tankers in an escape attempt. 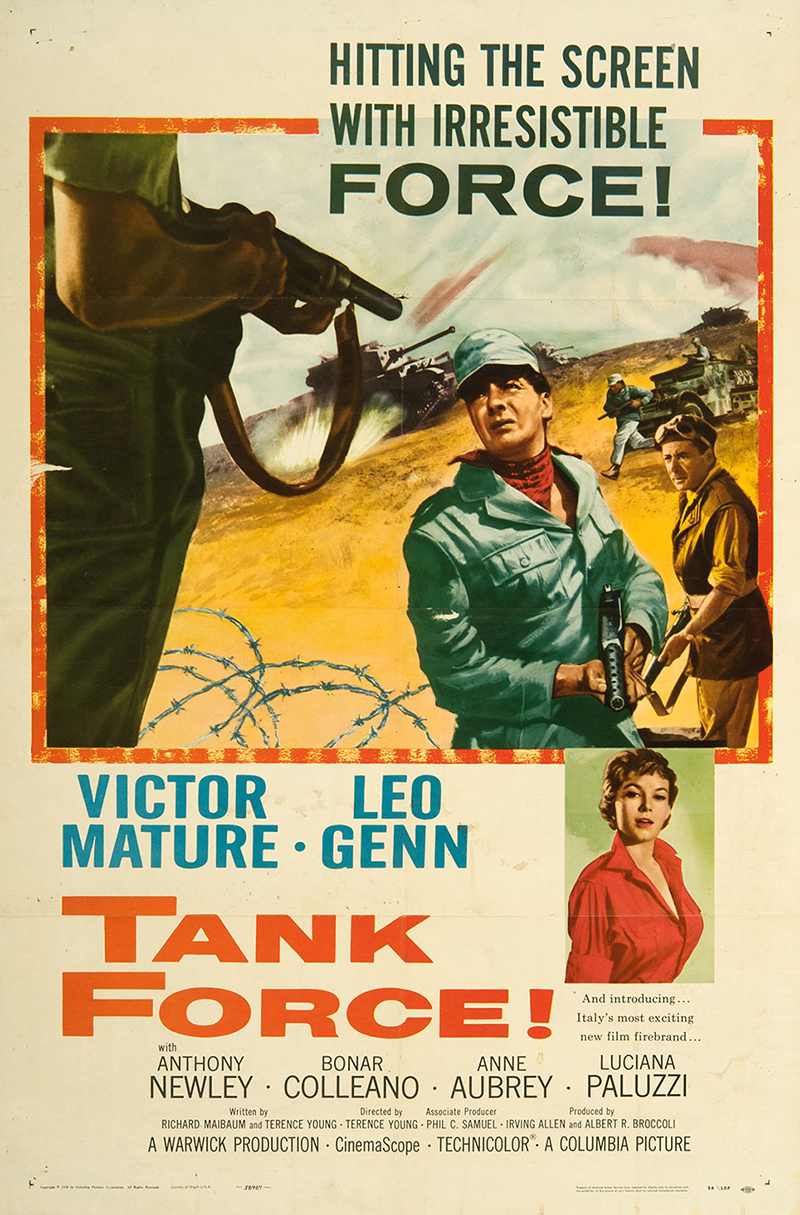