18-year-old Sean’s first summer after completing high school is much spent with 28-year-old teacher Diane, who’s husband is too often motorcycle-racing instead of with her. Wacko Ralph also has “the hots” for Diane; and it doesn’t help that Sean was with Ralph’s younger brother, Lou, when Lou died. The Teacher (also released as “The Seductress”), the 1974 Howard Avedis high school sexploitation crime thriller (“She corrupted the youthful morality of an entire school!”; “Her best lessons were taught after class!”) starring Angel Tompkins, Jay North (best remembered for playing the title role in TV’s “Dennis the Menace”), Anthony James, Marlene Schmidt, and Barry Atwater

Also Featuring the Cast of The Teacher 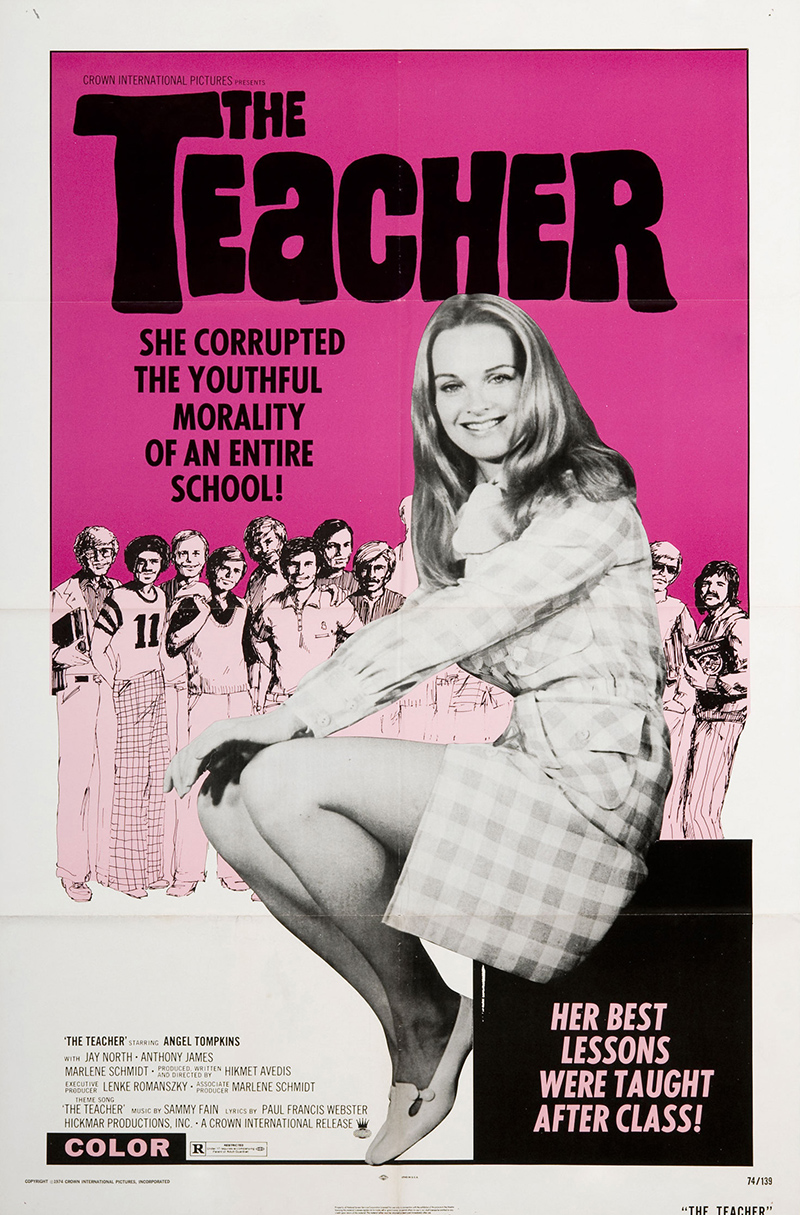