View cart “Tempest” has been added to your cart.

A young officer in the army of Empress Catherine of Russia is on his way to his new duty station at a remote outpost. During a blinding snowstorm he comes upon a stranger who was caught in the storm and is near death from freezing. He rescues the man and eventually brings him back to health. When the man is well enough to travel, the two part company and the man vows to repay the officer for saving his life. Soon after he arrives at his new post, a revolt by the local Cossacks breaks out and the fort is besieged by the rebels. The young officer is astonished to find out that the leader of the rebellious Cossacks is none other than the stranger whose life he had saved during the storm. La Tempesta (released in the U.S. in 1959 as ‘Tempest’), the 1958 Alberto Lattuada Italian/French/Yugoslavian historical Russian Army romantic adventure thriller (produced by Dino DeLaurentiis; ‘Based on a novel by Alexander Pushkin’) starring Van Heflin, Silvana Mangano, Viveca Lindfors (as Catherine the Great), Geoffrey Horne, Oscar Homolka, Helmut Dantine, Agnes Moorhead, Robert Keith, and Vittorio Gassman 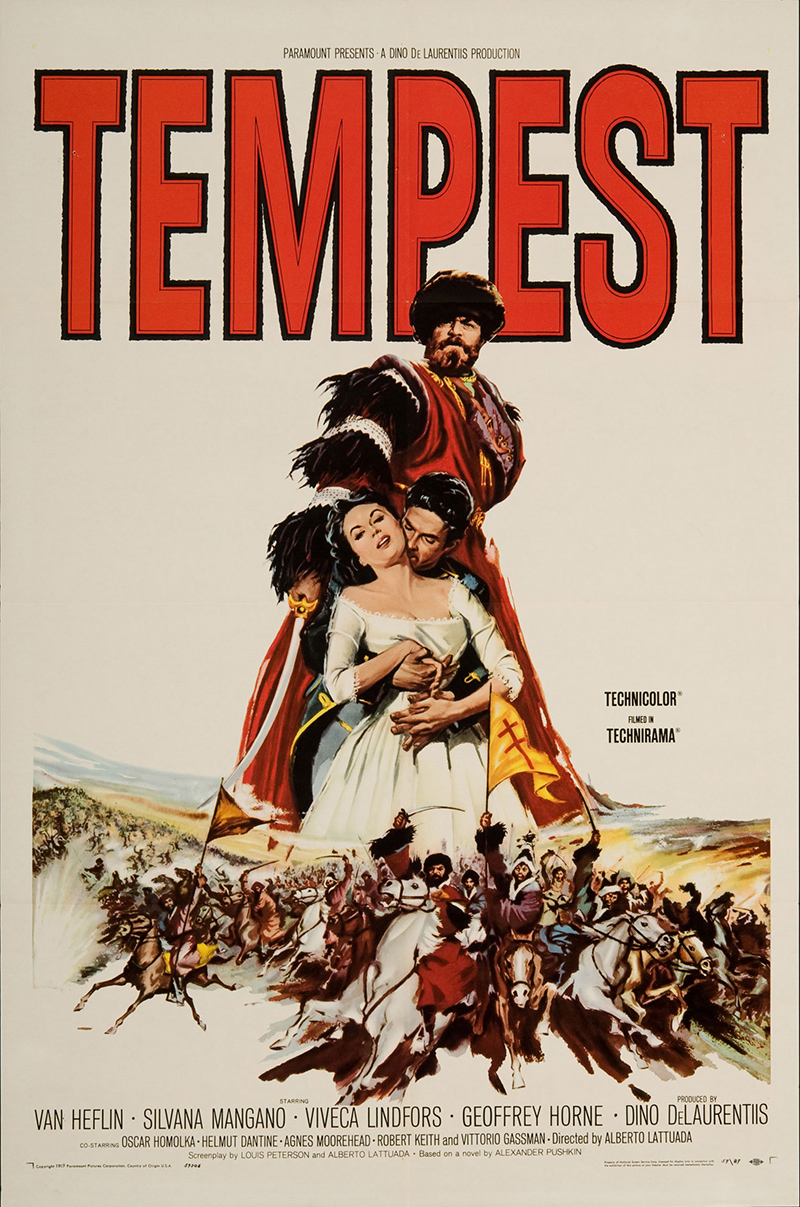