Condition Note: Condition: Poor to Fair. Heavy fold wear, heavy fold separation, wrinkling and scuffing throughout, some staining throughout, edge wear, pinholes throughout, tears on all borders with some missing paper, tape reinforcement on back, single-sided, stored folded

To escape the edict of Egypt’s Pharoah, Rameses I, condemning all newborn Hebrew males, the infant Moses is set adrift on the Nile in a reed basket. Saved by the pharaoh’s daughter Bithiah, he is adopted by her and brought up in the court of her brother, Pharaoh Seti. Moses gains Seti’s favor and the love of the throne princess Nefertiri, as well as the hatred of Seti’s son, Rameses. When his Hebrew heritage is revealed, Moses is cast out of Egypt, and makes his way across the desert where he marries, has a son and is commanded by God to return to Egypt to free the Hebrews from slavery. In Egypt, Moses’ fiercest enemy proves to be not Rameses, but someone near to him who can ‘harden his heart’.

Also Featuring the Cast of The Ten Commandments 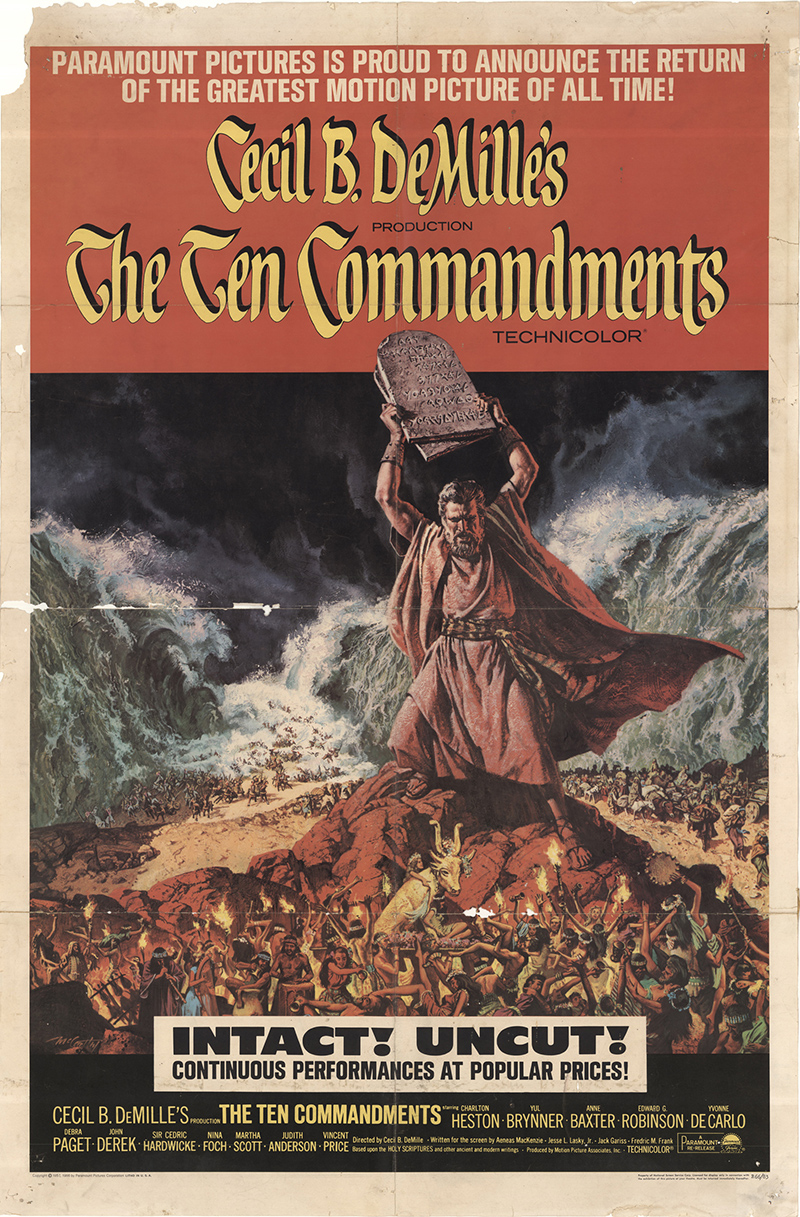 You're viewing: The Ten Commandments $60.00
Add to cart