The Louisiana wedding of debutante Phoebe Ann Naylor to Don Andrea de Baldasar, El Duce de la Casala is stopped by the Cavalry over a matter of honor. Don Andrea flees across the river to Texas, where he meets up with Sam Hollis and his Indian sidekick, Kronk, who are carrying rifles to the town of Moccasin Flats. Don Andrea rescues an Indian maiden, Lonetta, tames some longhorns, competes with Sam for Phoebe’s affections, eludes a Comanche war party and the cavalry (who have come to Moccasin Flats to celebrate Texas’ statehood) and ultimately saves the town and gets his girl. Texas Across the River, the 1966 Michael Gordon Native American Indian comedy cowboy western (‘A Swingin’ Fun-Romp that Fractures the Frontier!’) starring Dean Martin (‘Half Hip-Shooter… Half Hip-Chaser!’), Alain Delon (‘Half French… Half Texas… All Lover!’), Joey Bishop (‘Him Half-Brave… Half-Chicken!’), Rosemary Forsyth (‘Half Blue-Blood… Half Hot-Blood!’), Tina Marquand, Peter Graves, Michael Ansara, Linden Chiles, and Andrew Prine

Also Featuring the Cast of Texas Across the River 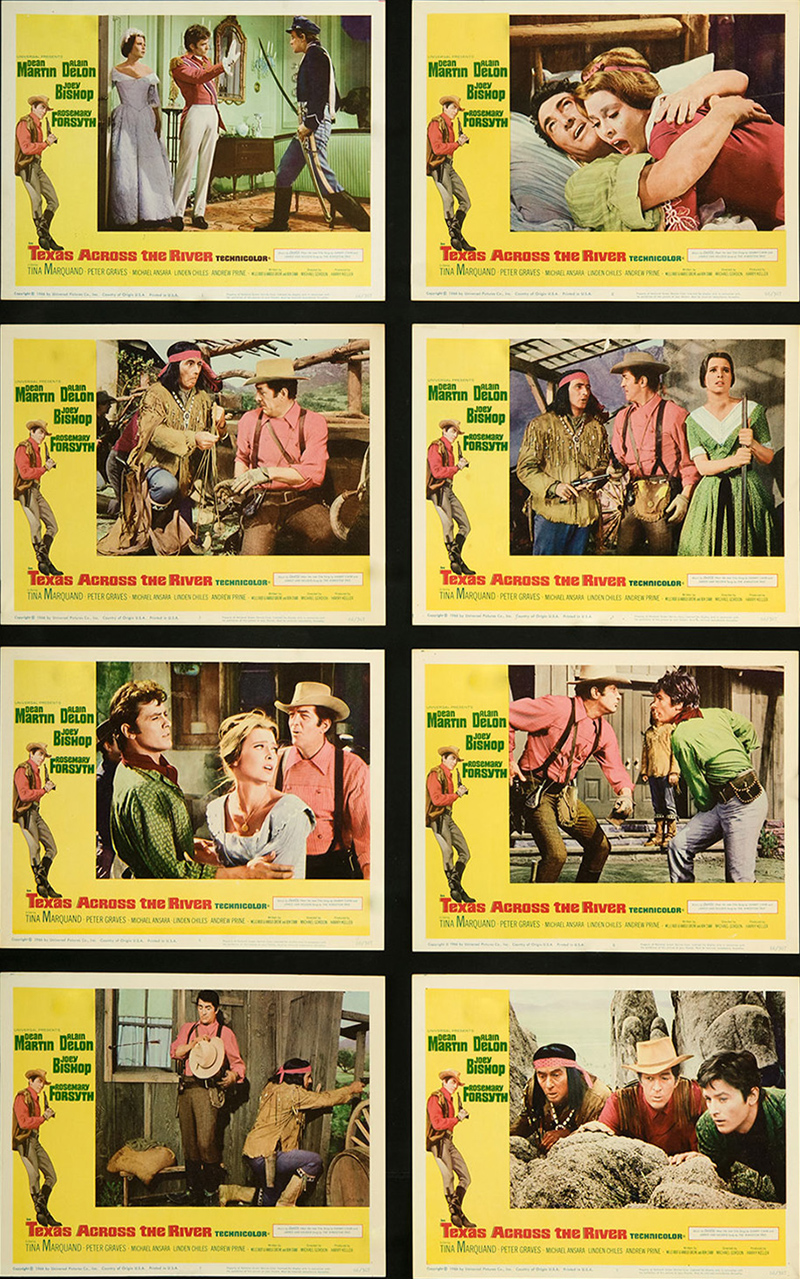 You're viewing: Texas Across the River $75.00
Add to cart