This is the sequel to “Romancing the Stone” where Jack and Joan have their yacht and easy life, but are gradually getting bored with each other and this way of life. Joan accepts an invitation to go to some middle eastern country as a guest of the sheik, but there she is abducted and finds her- self involved with the “jewel”. Jack decides to rescue her with his new partner Ralph. They all go from one adventure to another… What is the story of this “jewel”? The Jewel of the Nile, the 1985 Lewis Teague Africa romantic action fantasy adventure comedy sequel (“They’re back again… Romancing a brand new Stone.”; “Written by Mark Rosenthal & Lawrence Konner”; “Based on characters created by Diane Thomas”; a sequel to the Robert Zemeckis movie, “Romancing the Stone”) starring Michael Douglas, Kathleen Turner, Danny DeVito, Spiros Focas, and Avner Eisenberg

Also Featuring the Cast of The Jewel of the Nile 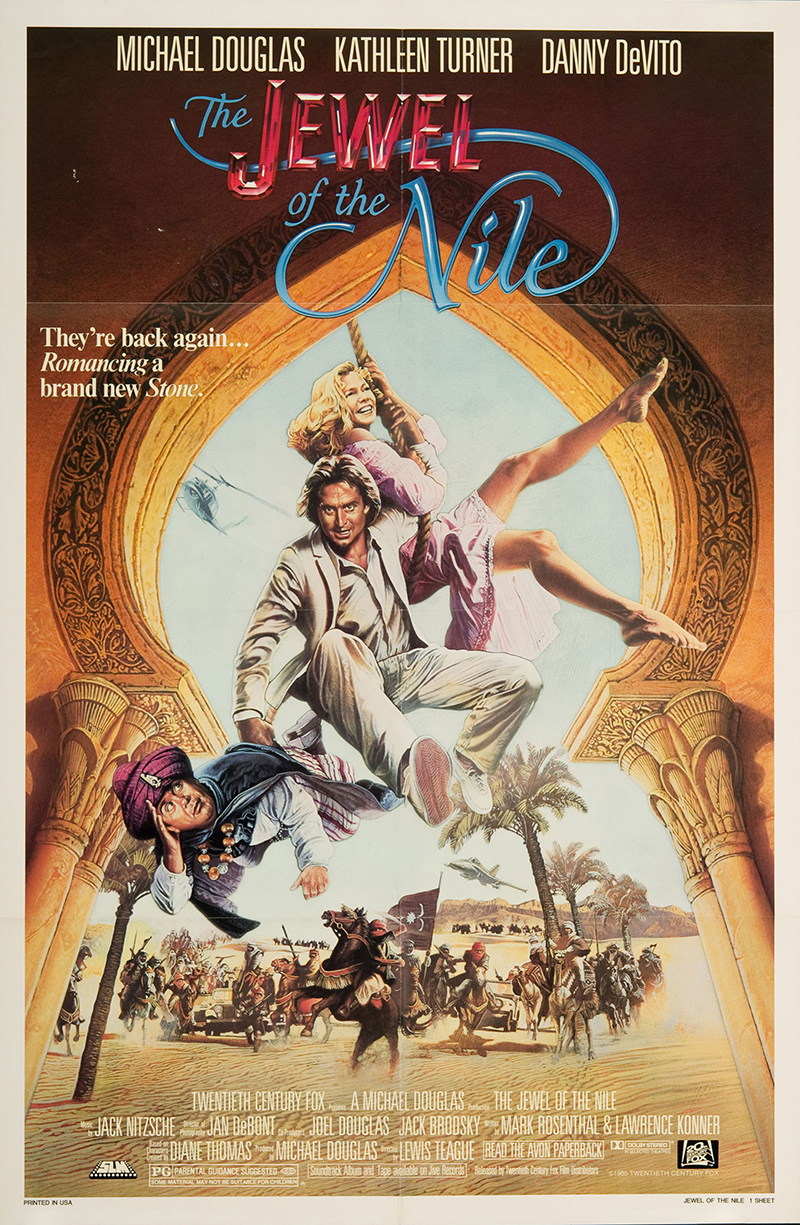