The Reincarnation Of Peter Proud (1975)

When college professor Peter Proud begins to experience flashbacks from a previous incarnation, he is mysteriously drawn to a place he has never been before but which is troublingly familiar. As if drawn to her by cosmic force, he soon finds himself unwittingly in the company of his previous incarnation’s wife. This woman, Marcia Curtis, recognizes in Peter startling characteristics which he shares with her dead husband, Jeff. Even the sound of his voice seems at times to be that of the dead man. Peter becomes romantically drawn to Ann Curtis who is or was his daughter (Jeff and Marcia’s daughter). Recognizing the incestuous nature of their relationship, Mrs. Curtis tries to keep the two young people apart. But how? Must she reveal the terrible secret of the final minutes she shared with her husband in order to keep this man from her (their?) daughter?

Also Featuring the Cast of The Reincarnation Of Peter Proud 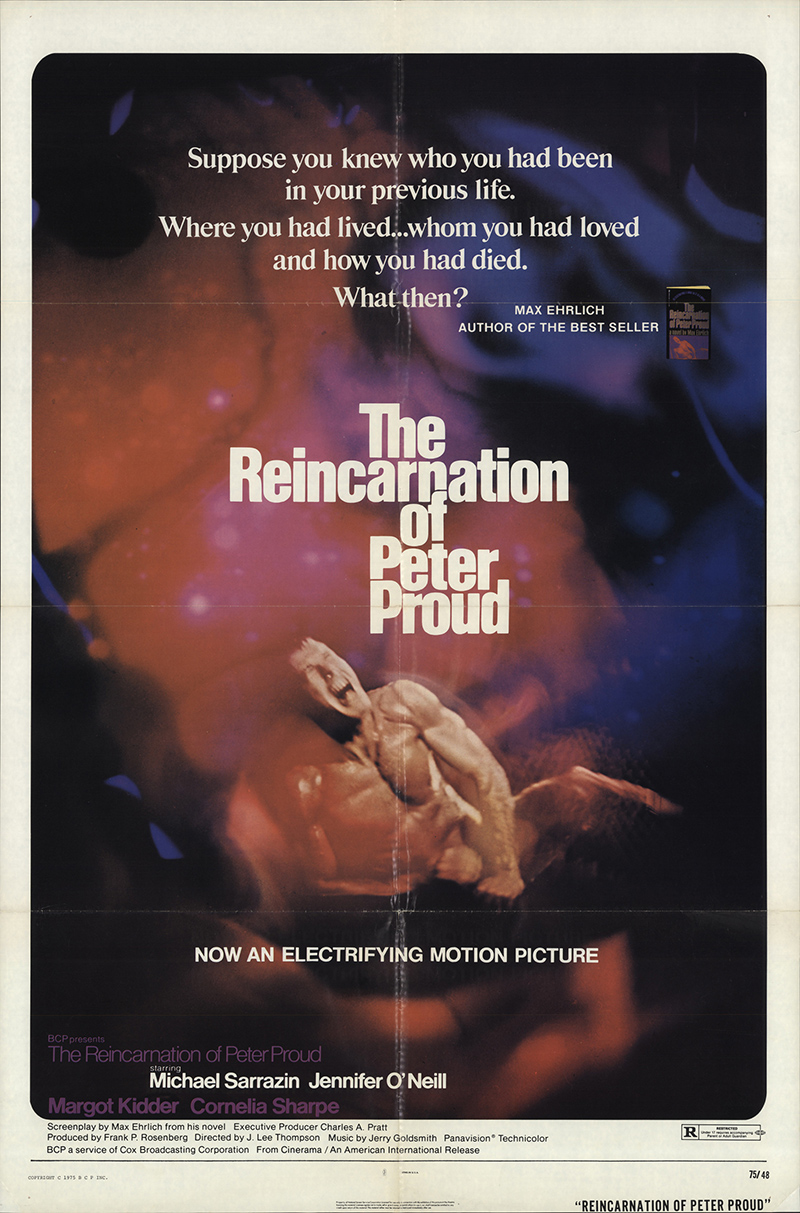 You're viewing: The Reincarnation Of Peter Proud $40.00
Add to cart