Condition Note: Advertisement written on back of poster, Snipe taped on the front left of the poster, marker through the rating box, fold separation. Folded

Sequel to the 1959 movie about a boy who gets turned into a dog because of an ancient ring which some say is cursed. Today the boy, Wilby Daniels is a grown man, a lawyer and with a family. When they’re robbed and Wilby tries to report it to police but only gets the run around, he decides to run for District Attorney or D.A. Because he believes that the current D.A. John Slade is not only doing his job but is on the take. When Daniels publicly denounces Slade, Slade decides to try and get something on him. And he might have found it when the ring that turned him into a dog when he was a boy is stolen from the museum and when the words inside are read, he turns into a dog.

Also Featuring the Cast of The Shaggy D.A. 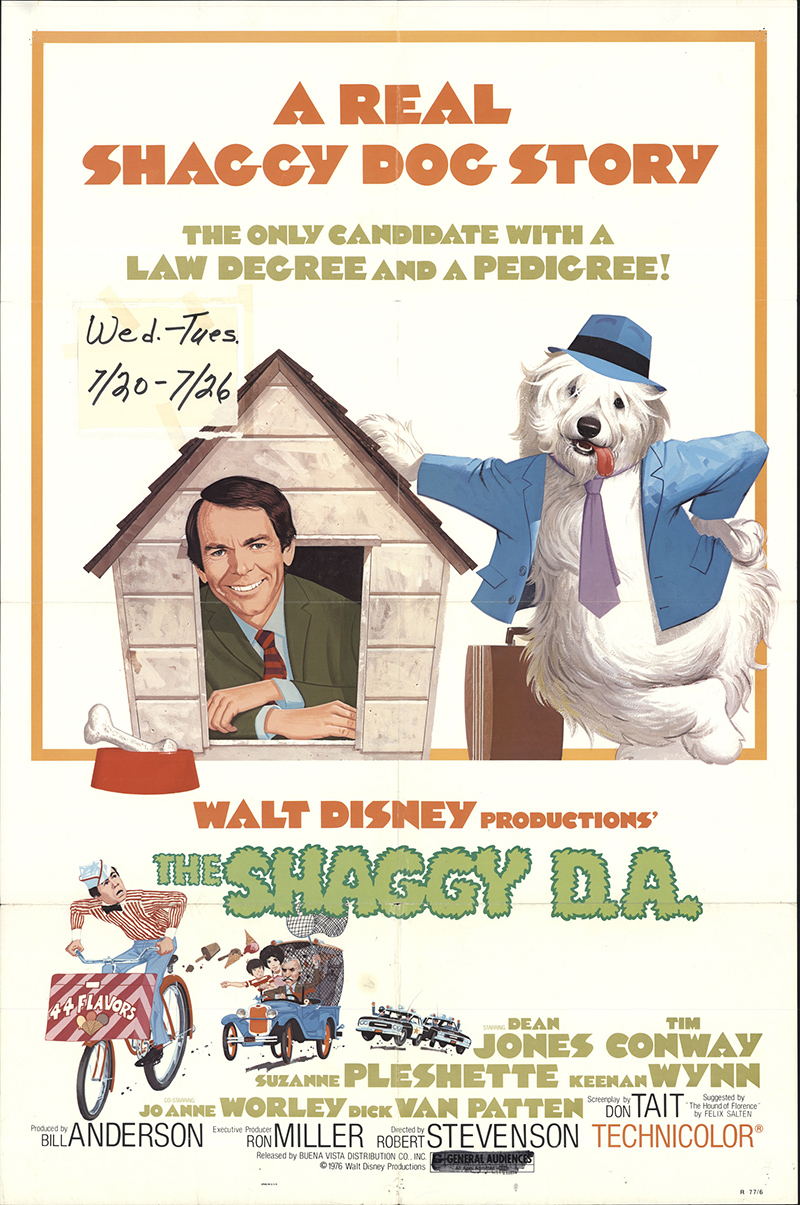