An enigmatic young woman has been murdered in a small California coast town. The investigation by the local sheriff uncovers a complex web of relationships centering on the victim; the scattered trail of evidence ranges from a mysterious photograph to the victim’s own dog. During the investigation, the sheriff meets and becomes romantically involved with a woman whose connection to the murder is ambiguous. They Only Kill Their Masters, the 1972 James Goldstone killer Doberman Pincer canine dog action crime thriller (“Was the murderer a man… Or man’s best friend?”; “A Dog is not always man’s best friend, especially when he’s a trained killer.”) starring James Garner, Katharine Ross, Lee Pulford, Hal Holbrook, Harry Guardino, June Allyson, Christopher Connelly, Tom Ewell, Peter Lawford, Edmond O’Brien, Arthur O’Connell, Ann Rutherford, and David Westberg

Also Featuring the Cast of They Only Kill Their Masters 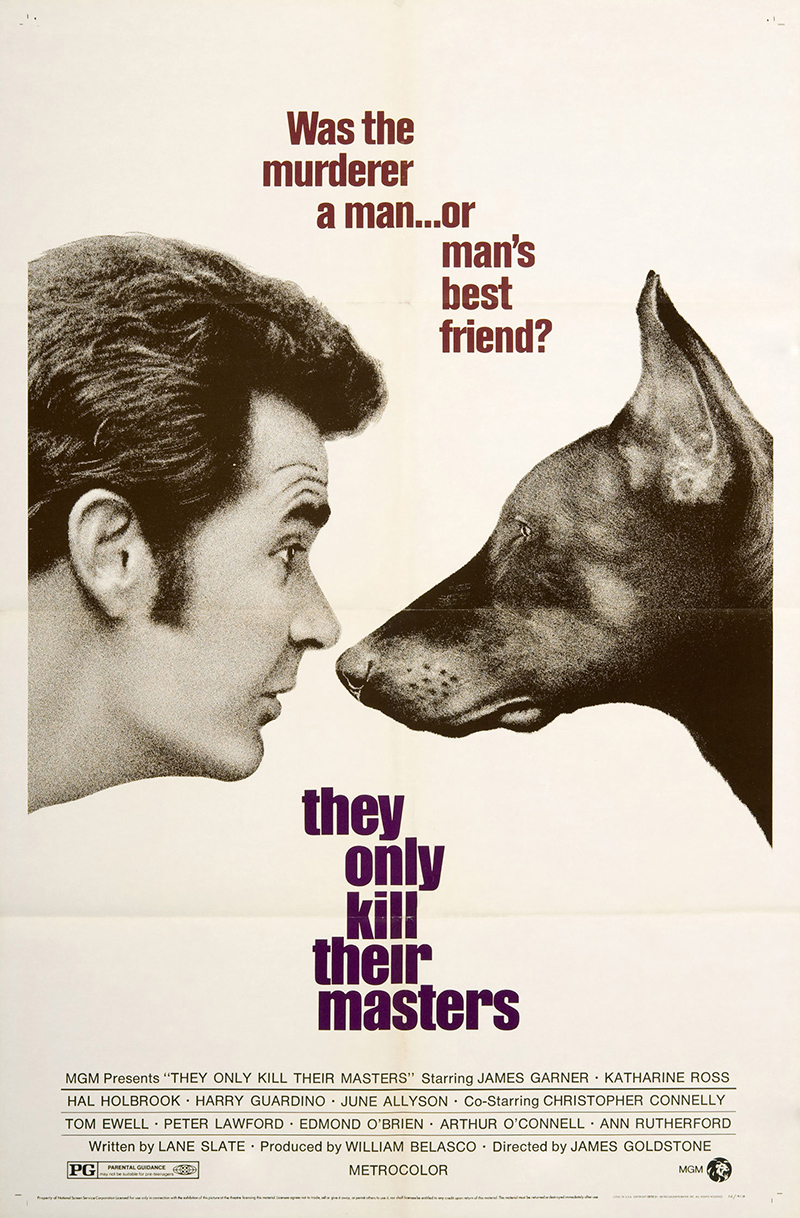 You're viewing: They Only Kill Their Masters $40.00
Add to cart