Gloria is a young woman of the Depression. She has aged beyond her years and feels her life is hopeless, having been cheated and betrayed many times in her past. While recovering from a suicide attempt, she gets the idea from a movie magazine to head for Hollywood to make it as an actress. Robert is a desperate Hollywood citizen trying to become a director, never doubting that he’ll make it. Robert and Gloria meet and decide to enter a dance marathon, one of the crazes of the thirties. The grueling dancing takes its toll on Gloria’s already weakened spirit, and she tells Robert that she’d be better off dead, that her life is hopeless – all the while acting cruelly and bitterly, alienating those around her, trying to convince him to shoot her and put her out of her misery. After all, they shoot horses, don’t they?

Also Featuring the Cast of They Shoot Horses, Don’t They? 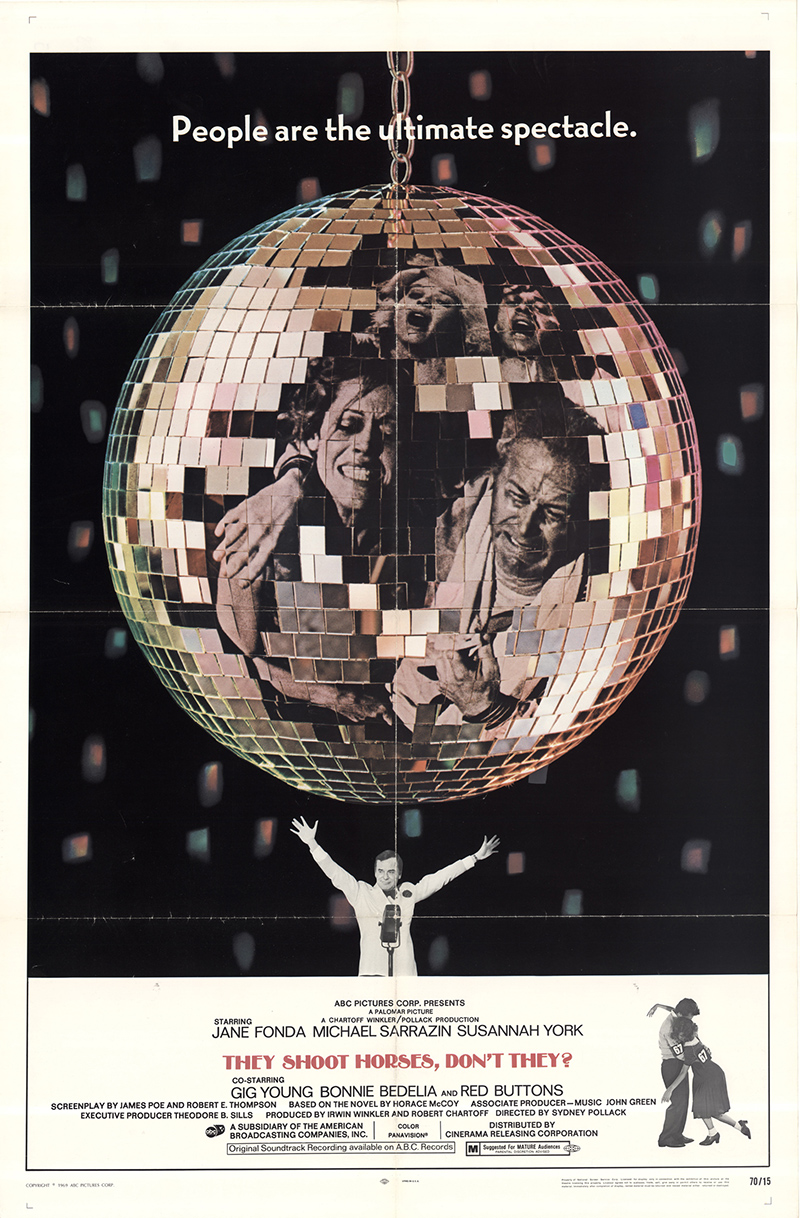