A young man who hauls liquor for moonshiners comes up against a competing gang of moonshiners who intend to get rid of him and take over his operation. Thunder and Lighting, the 1977 Corey Allen moonshine action adventure comedy (“It’s 250 Proof Fun! As they bust up the biggest moonshine racket in the country!”; produced by Roger Corman) starring David Carradine, Kate Jackson (best remembered as one of TV’s “Charlie’s Angels”), Sterling Holloway (long-time character actor who later provided voices for many cartoon characters, including Winnie the Pooh), Patrick Cranshaw, and Charles Napier

Also Featuring the Cast of Thunder and Lightning 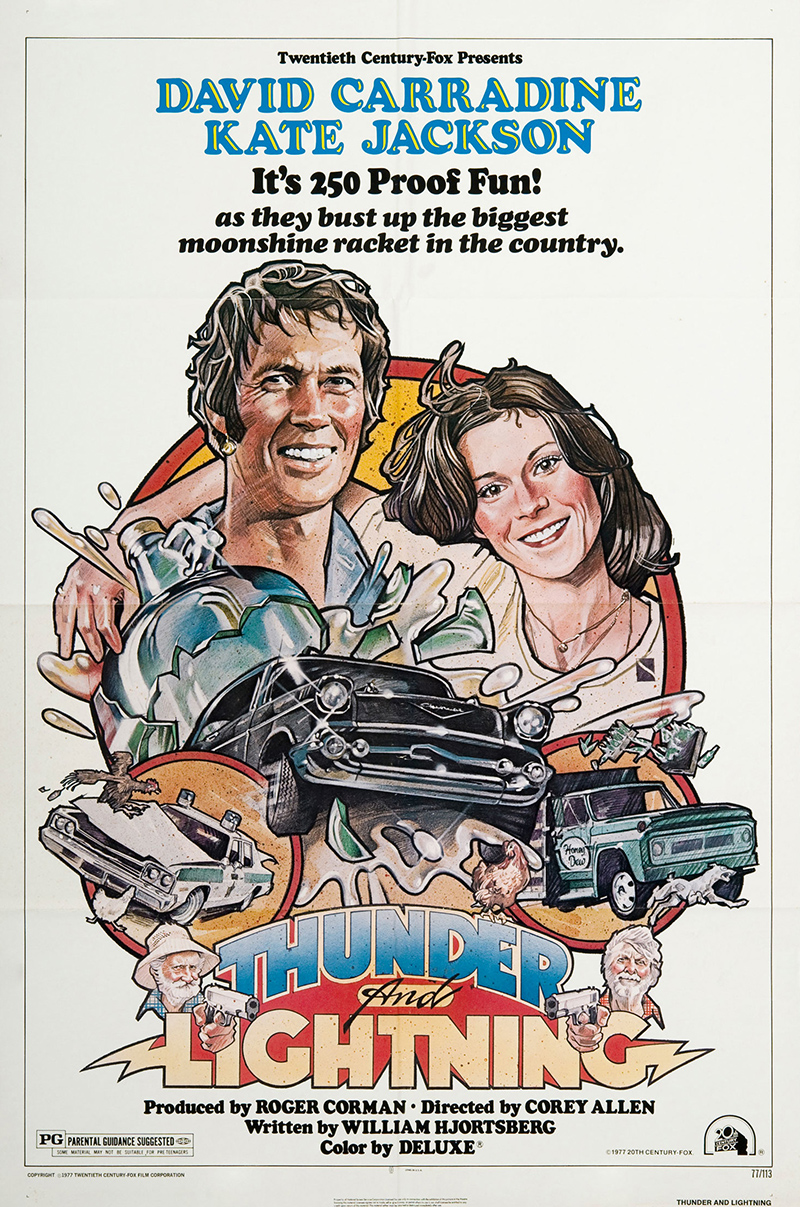 You're viewing: Thunder and Lightning $35.00
Add to cart