Hidden Valley has managed to retain its Old Western atmosphere, free of modern-day corruption, until escaped convict Smitty arrives with plans of taking over and opening the town up as a gambling resort. Fronting for him is hotel owner Carson Masterson who is running for mayor against incumbent Larkin. Smitty is counting on Masterson winning the election and getting rid of Marshal Tim Gallery and his deputy, Happy Hooper. Newspaper editor Bill Stafford confronts Smitty about his past and the convict beats him to death. Masterson uses the killing as a campaign issue, and blasts away at Larkin’s inability to catch the killer, while the crooks are also able to frame Happy as a tool of the gambling interests. Western artist Rex Allen, a WW II Air Force buddy of Tim and Happy arrives on an assignment from a national magazine and becomes involved in the troubles facing his pals and the Mayor.

Also Featuring the Cast of Thunder in God’s Country 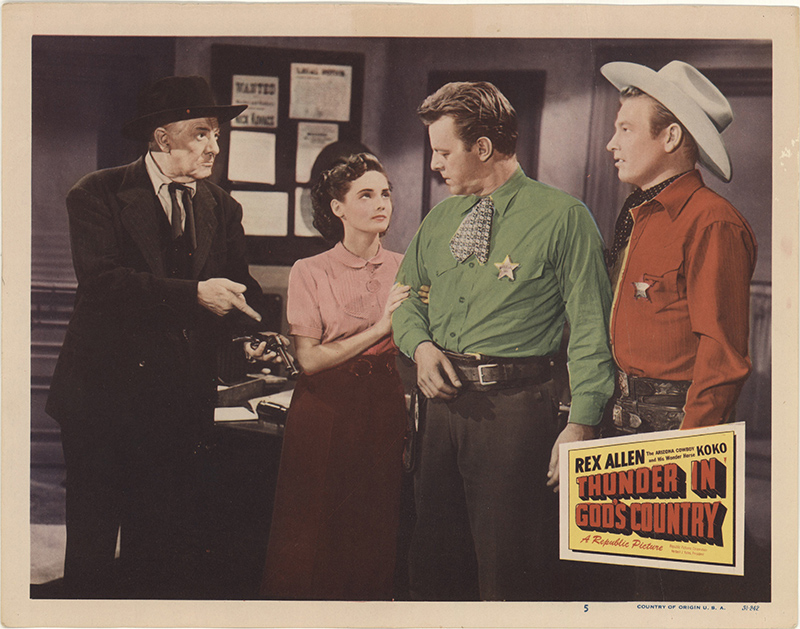