John Netherwood and his wife Leann are fugitives who are both wanted for murder. They have a young daughter named Janie. John and Leann are in the process of robbing a house when the two residents of the house show up. John kills the two residents and heads back to the car with Leann – only to discover the police waiting for them. John and Leann get away after a cop shoots John, and Janie is placed up for adoption. Janie is soon adopted by southern California carpenter Russell Clifton and his wife Dana – and what they don’t know is that they’re in for the fight of their lives. John and Leann are trying to locate Janie and will stop at nothing to find her, even if it means killing whoever is in their way. When John and Leann discover that Janie was adopted by Russell and Dana, they plot to kill Russell and Dana and take Janie, but one thing they don’t expect is for Russell and Dana to fight back with all they’ve got, because Russell and Dana are willing to do whatever it takes to hold on to the new daughter that they have grown to love.

Also Featuring the Cast of The Tie That Binds 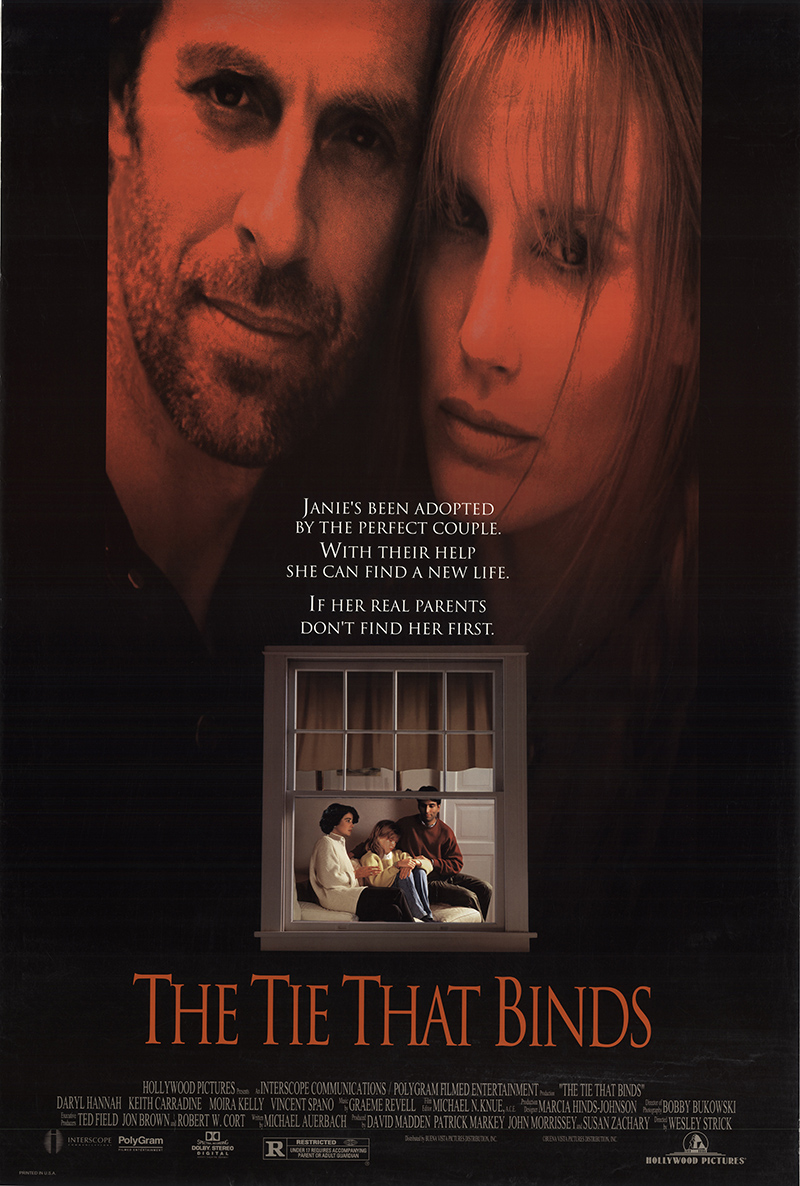