September 1942 – With Erwin Rommel’s Afrika Korps on the march through Egypt, a British special forces unit, composed of German Jews who serve with the British despite the mutual resentment between both, kidnap a Canadian officer who is an expert topographer and who is held prisoner by the Vichy French in Algeria. The officer, Donald Craig, must negotiate a company of British and German-Jewish commandos through 800 miles of the Sahara to aide a pending amphibious landing against Tobruk’s massive fuel storage base – a mission that sees one impediment after another, and which discovers an undetected German armored force ready to win the battle of Egypt.

Also Featuring the Cast of Tobruk 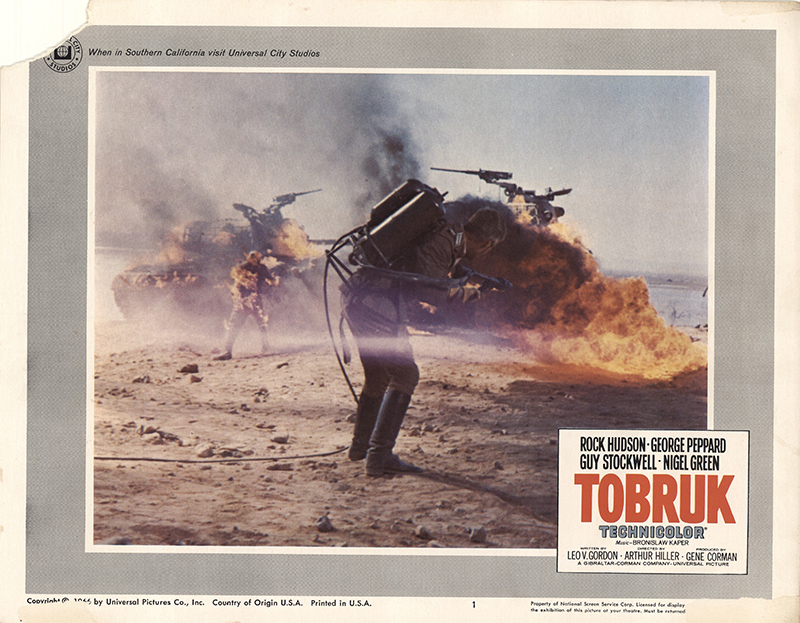