After five years in jail, Bill Kiowa is released and he hires four skilled men for his gang: the tough O’Bannion; the sheriff Jeff Milton; the gunman Bunny Fox; and the gambler Francis ‘Colt’ Moran, using the money his father gave to him. Bill seeks revenge against the sadistic leader of the Comancheros James Elfego, who killed his Indian wife Mirana Kiowa and framed Bill that was sent to prison.

Also Featuring the Cast of Today We Kill, Tomorrow We Die! 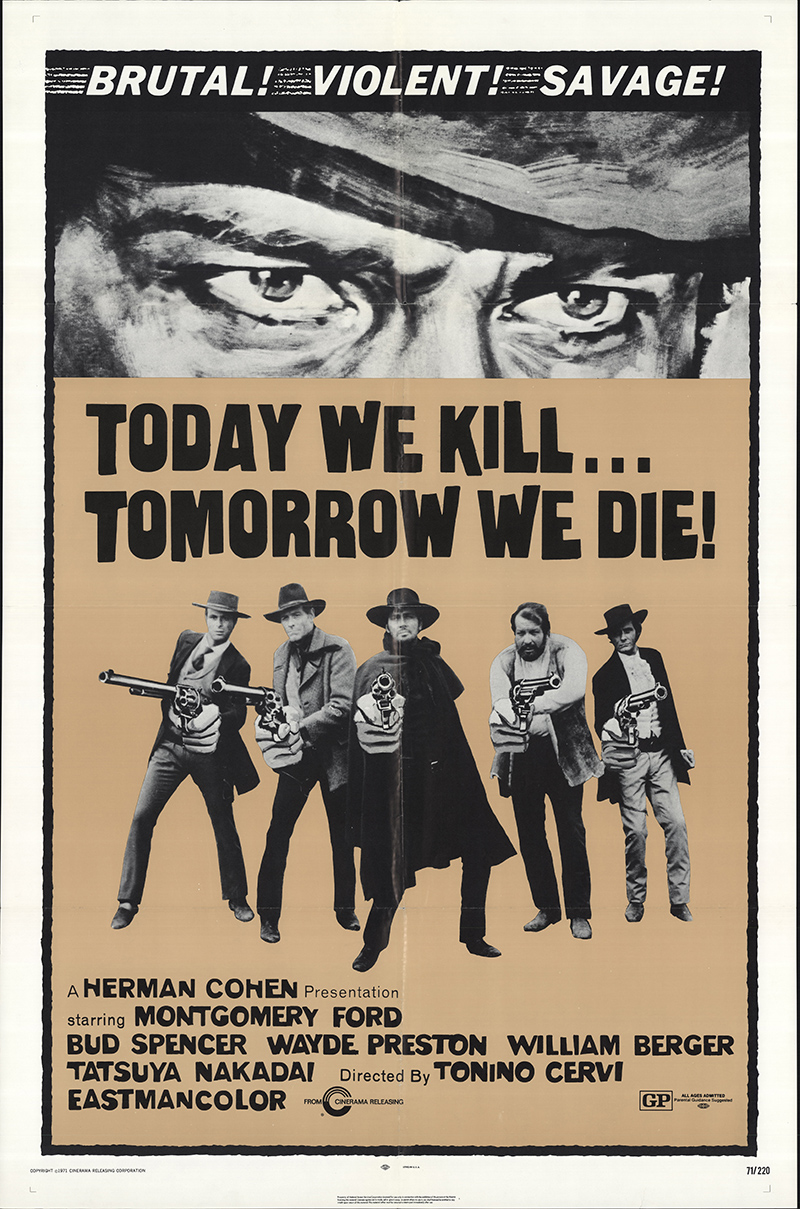