Condition Note: (VG) There was a pasted snipe across the top with the theatre name on it but it has been torn off, leaving paper residue. The poster was previously folded, but now stored flat.

Struggling to retain custody of his daughter following his divorce, football coach Steve Williams finds himself embroiled in a recruiting scandal at the tiny Catholic college he is trying to bring back to football respectability. Trouble Along the Way, the 1953 Michael Curtiz (one of the greatest and least heralded directors of all time!; he began directing in his native Hungary in 1912 under the name of ‘Mihaly Kertesz’; after 64 movies, he was signed by Warner Bros. and moved to the United States where he made many of the most memorable Warner Bros. movies of the 1930s and 1940s, including both ‘Casablanca’ and ‘Yankee Doodle Dandy’ in the very same year!; yet because he did not have a distinctive directorial style, he is rarely talked about by film critics) college football sports comedy melodrama (‘Wild, Wayne and Wonderful all the Way!’; ‘That all-man ‘Quiet Man’ has a new kind of dame to tame!’; about a coach trying to keep custody of his child) starring John Wayne, Donna Reed, Charles Coburn, Sherry Jackson (she was the daughter on TV’s ‘Make Room for Daddy’, and she was an incredibly sexy android in one episode of TV’s ‘Star Trek’!), and Marie Windsor

Also Featuring the Cast of Trouble Along the Way 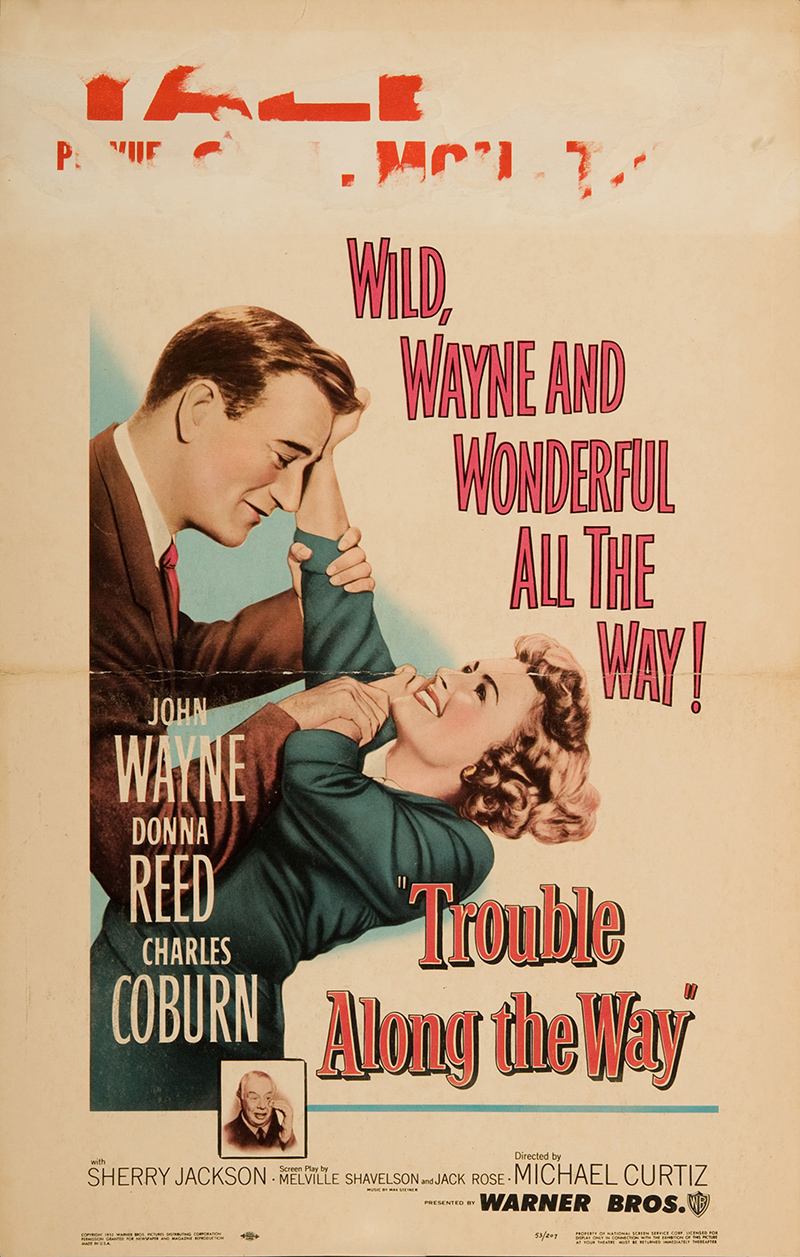