Condition Note: (VF) Pinholes on all four corners, in white. Pasted movie snipe across the top of the poster, in marker, advertising the name of the theatre. The poster was previously folded, but now stored flat

(Poster stamped ‘Foreign’ on the back) The murder of her father sends a teenage tomboy, Mattie Ross, (Kim Darby), on a mission of ‘justice’, which involves avenging her father’s death. She recruits a tough old marshal, ‘Rooster’ Cogburn (John Wayne), because he has ‘grit’, and a reputation of getting the job done. The two are joined by a Texas Ranger, La Boeuf, (Glen Campbell), who is looking for the same man (Jeff Corey) for a separate murder in Texas. Their odyssey takes them from Fort Smith, Arkansas, deep into the Indian Territory (present day Oklahoma) to find their man. True Grit, the 1969 Henry Hathaway cowboy western (‘The strangest trio ever to track a killer. A fearless, one-eyed U.S. marshal who never knew a dry day in his life… A Texas ranger thirsty for bounty money… And a girl still wet behind the ears who didn’t care what they were or who they were as long as they had true grit.’; ‘A Brand New Brand of American Frontier Story.’; ‘From the novel by Charles Portis’) starring John Wayne (as U.S. Marshall Reuben J. ‘Rooster’ Cogburn; in his Best Actor Academy Award winning role), Jeremy Slate, Robert Duvall, Strother Martin, Glen Campbell (as a Texas Ranger), Kim Darby, and Dennis Hopper 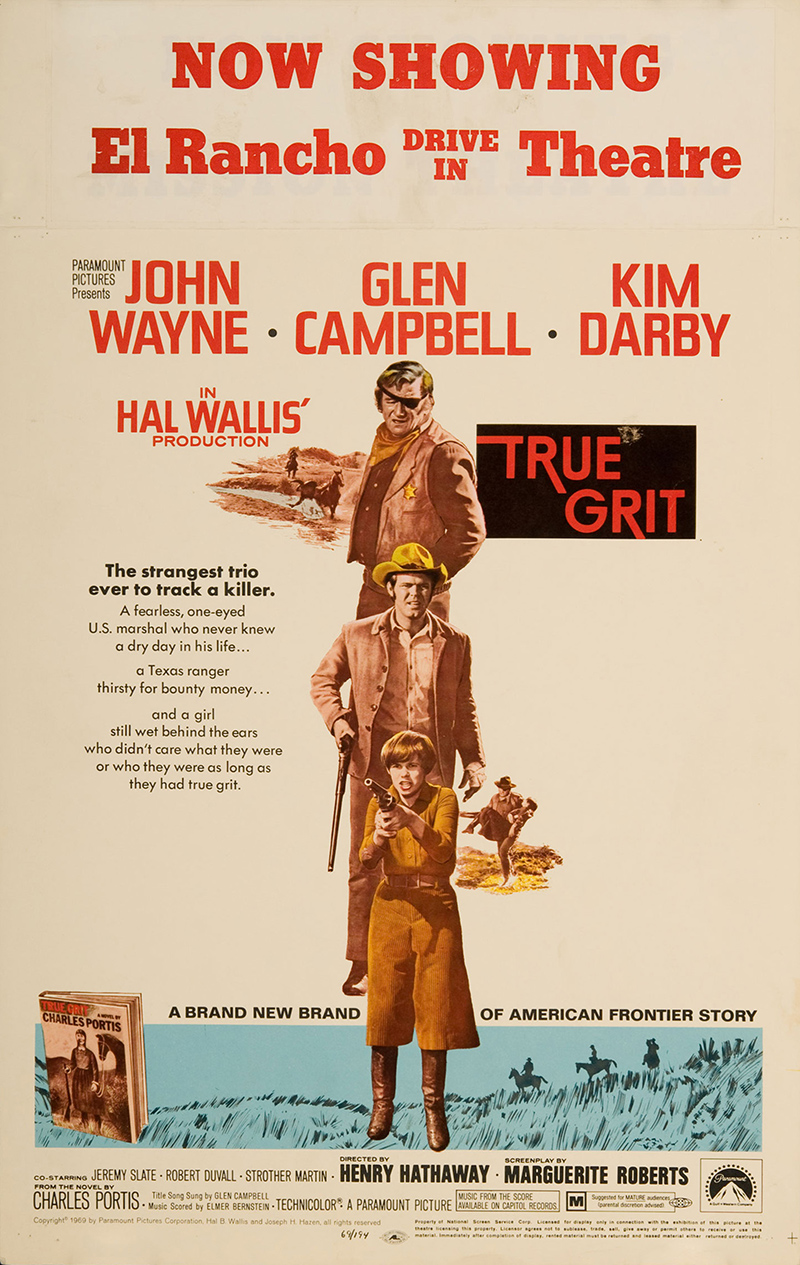