Condition Note: Condition: Good to Very Good. (Card 8) Some edge wear, some creasing in corners, wrinkling and staining and scuffing throughout, small tears along top and bottom and left borders, single-sided, stored flat

Jim Harvey is hired to guard a small wagon train as it makes its way west. The train is attacked by Indians and Harvey, hoping to persuade Aguila, the chief, to call off the attack due to Harvey’s having saved his son’s life, leaves the train to negotiate. He is captured and the rest of the train is wiped out except for two sisters. Escaping and showing up in town later, Harvey is nearly hanged as a deserter, but gets away. Eventually caught by the sheriff and his posse, they are attacked by Indians. This time the Indians are defeated and Aguila, captured and dying, reveals the identity of the white man who engineered the initial attack on the wagon train, just as the perpetrator rides up behind them.

Also Featuring the Cast of Tumbleweed 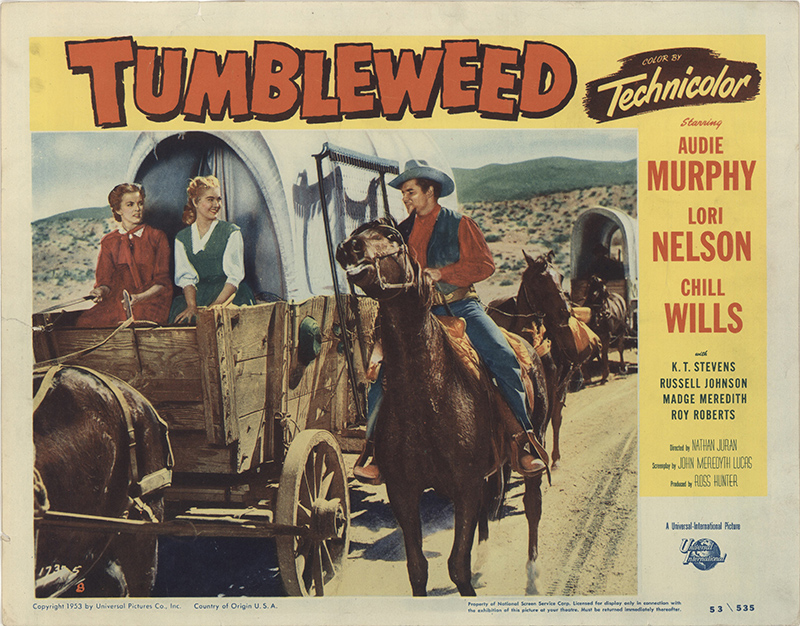