Daisy Baker, a Chicago “refuse collector” who fancies herself as a theatrical agent, finds a play which had been thrown away by two Portuguese playwrights. Without bothering to get permission, she sends it off to a New York producer named Rupert Shannon and he wires her to come to New York immediately. Daisy and her two showgirl friends, Gloria and Maria, arrive in New York where the two girls assume accents and pretend to be the sisters of the playwright. Shannon agrees to star them in a production of the play. Two former friends, Lena and Louise, recognize the girls and threaten to blow the whistle unless they are also cast. Meanwhile, the two actual playwrights sell the story to producer Sam Grohman who hires Lena and Louise.

Also Featuring the Cast of Two Senoritas From Chicago 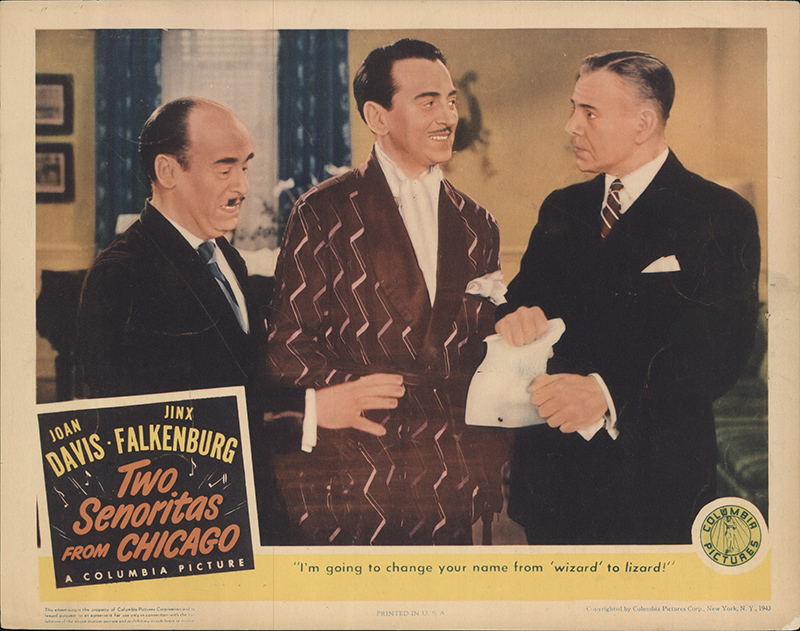 You're viewing: Two Senoritas From Chicago $25.00
Add to cart
Create a new list