Nicaragua 1979: Star photographer Russel Price covers the civil war against president Somoza. Facing the cruel fighting – people versus army – it’s often hard for him to stay neutral. When the Guerillas have him take a picture of the leader Rafael, who’s believed to be dead, he gets drawn into the happenings. Together with his reporter friends Claire and Alex he has to hide from the army. Under Fire, the 1983 Roger Spottiswoode Nicaragua Civil War military melodrama (“Dateline: Central America. The first casualty of war is the truth”) starring Nick Nolte, Gene Hackman, Joanna Cassidy, Jean-Louis Trintignant, Richard Masur, and Ed Harris (“as Oates”)

Also Featuring the Cast of Under Fire 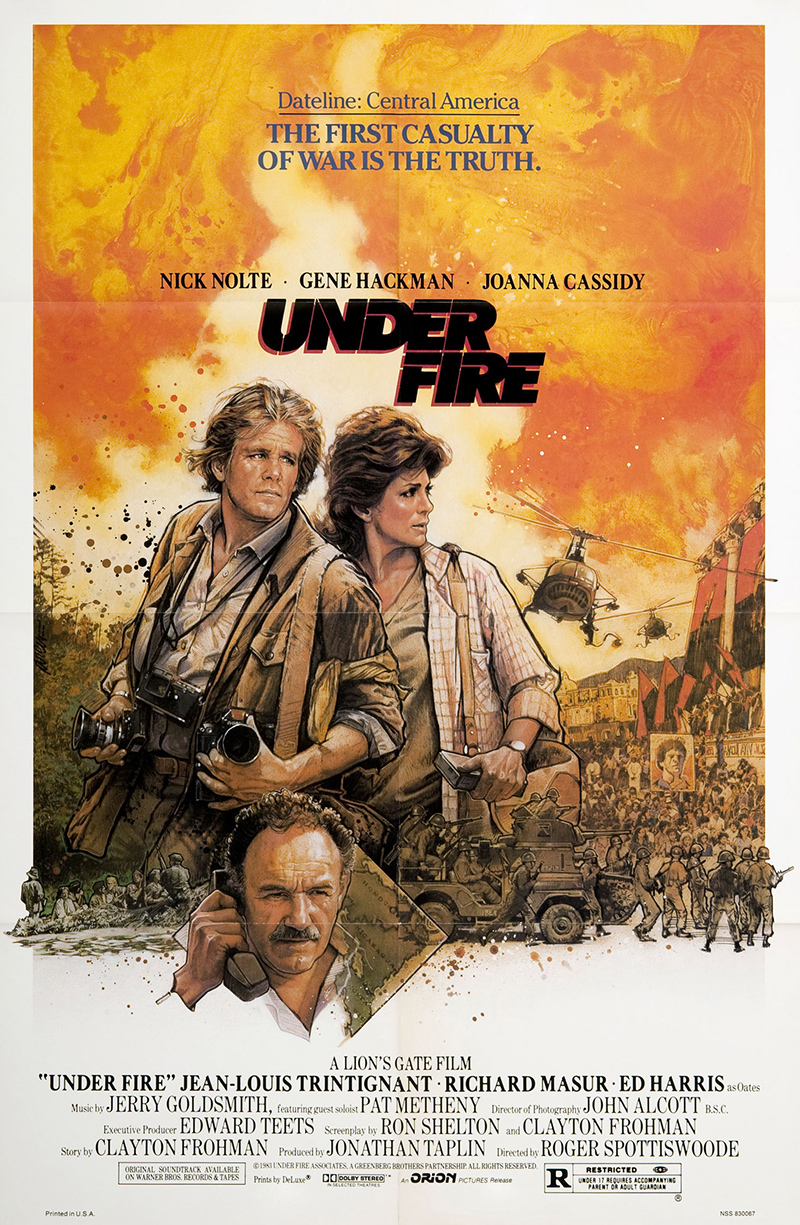