After expatriate American jockey Danny Arnold double-crosses ruthless gambler Louis Bork, he flees Italy with his adoring son Joe, who isn’t aware of his father’s lies and corruption. While in France he begins a relationship with a beautiful French nightclub singer and buys a problematic racehorse that no one seems to be able to train. After Joe suggests that the horse has a future as a jumper, Danny converts him to the steeplechase and turns him into a consistent winner. When Bork shows up and tells him he must lose the big race or die, Danny must weigh his life against his son’s faith that he has become a man of honor.

Also Featuring the Cast of Under My Skin 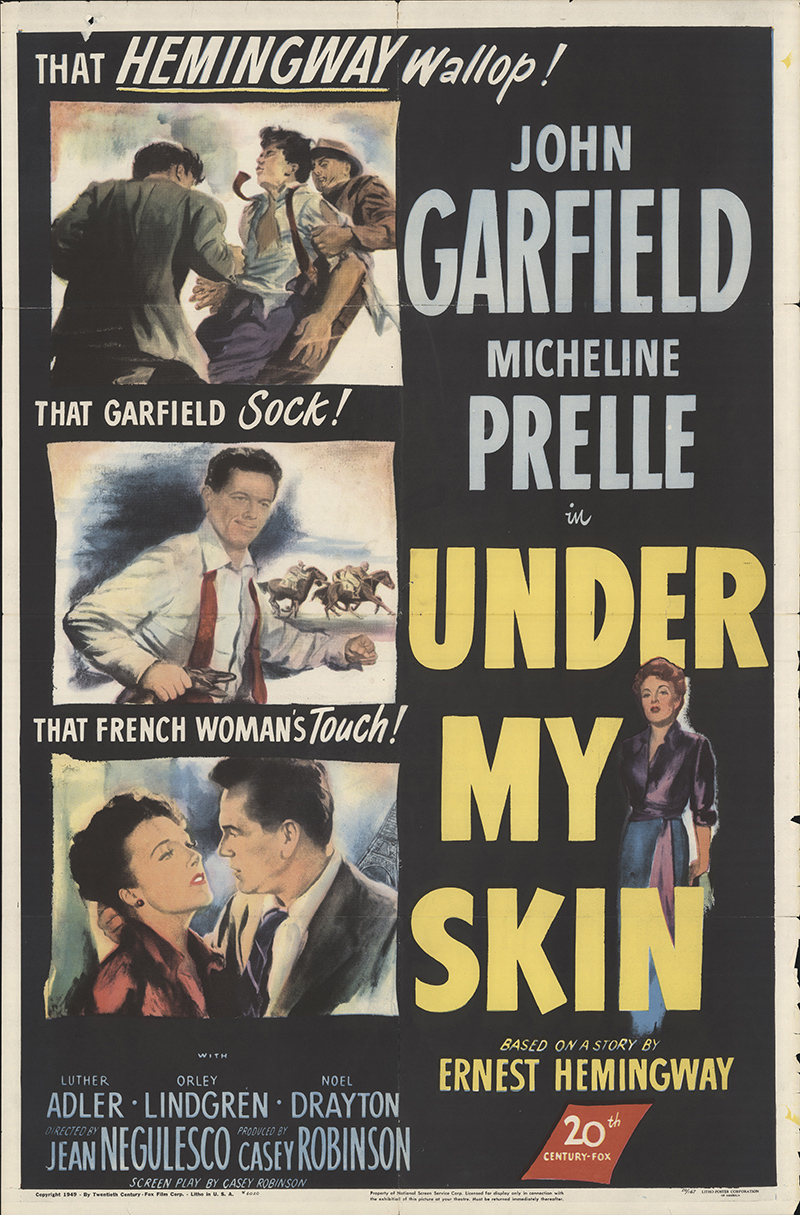