View cart “Sibling Rivalry” has been added to your cart.

In World War II era Los Angeles, the manager of the Culver Hotel leaves his nephew in charge for a weekend. The nephew changes the name to the Hotel Rainbow and overbooks with royalty, assassins, secret agents, Japanese tourists, and munchkins (from the cast of _Wizard of Oz, The (1939)_ ). Secret Service agent Bruce Thorpe and casting director Annie Clark find romance amidst the intrigue and confusion. Under the Rainbow, the 1981 Steve Rash fantasy adventure comedy (“Somewhere, under the rainbow, way down low – Chevy Chase, Carrie Fisher and 150 midgets are fighting valiantly to save our country against all Oz!”; “A GIANT Comedy – Don’t sell it short!”) starring Chevy Chase, Carrie Fisher (best remembered for her starring role in the “Star Wars” trilogy), Eve Arden, Adam Arkin, Billy Barty (one of the best remembered “little people” ever to appear in movies; he started in movies in 1925 at the age of 1, and appeared in 160 movies, and he was 3′ 9″ his entire adult life; he was the founder of “The Little People of America”), Robert Donner, Cork Hubbert, Joseph Maher, Mako, and Pat McCormick

Also Featuring the Cast of Under the Rainbow 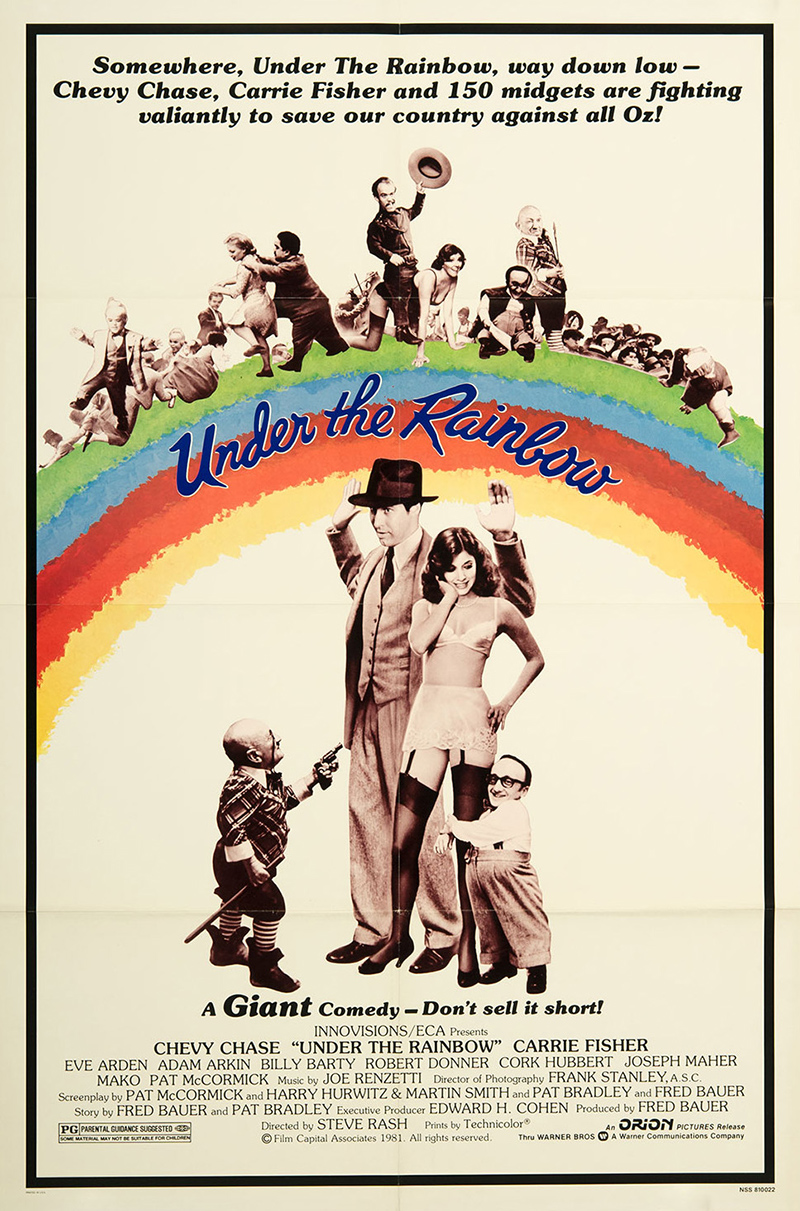