In this comedy, set during the Nazi occupation of France, Peter Sellers plays most major male parts, so he stars in nearly every scene, always bumbling in inspector Clouseau-style. As British Major Robinson he is hidden in Madame Grenier’s Parisian brothel, right under the nose of the Nazi clients, such as Gestapo agent Herr Schroeder (again him). As Général Latour he leads the French resistance, which includes the brothel madam -made a colonel in charge of her sexy ‘troops’- and a priest, and is joined by young US diplomat Alan Cassidy. As Japanese imperial Prince Kyoto he becomes a target for the resistance in a monastery on his way to Hitler (again him). At the end he decorates the heroes as French president. 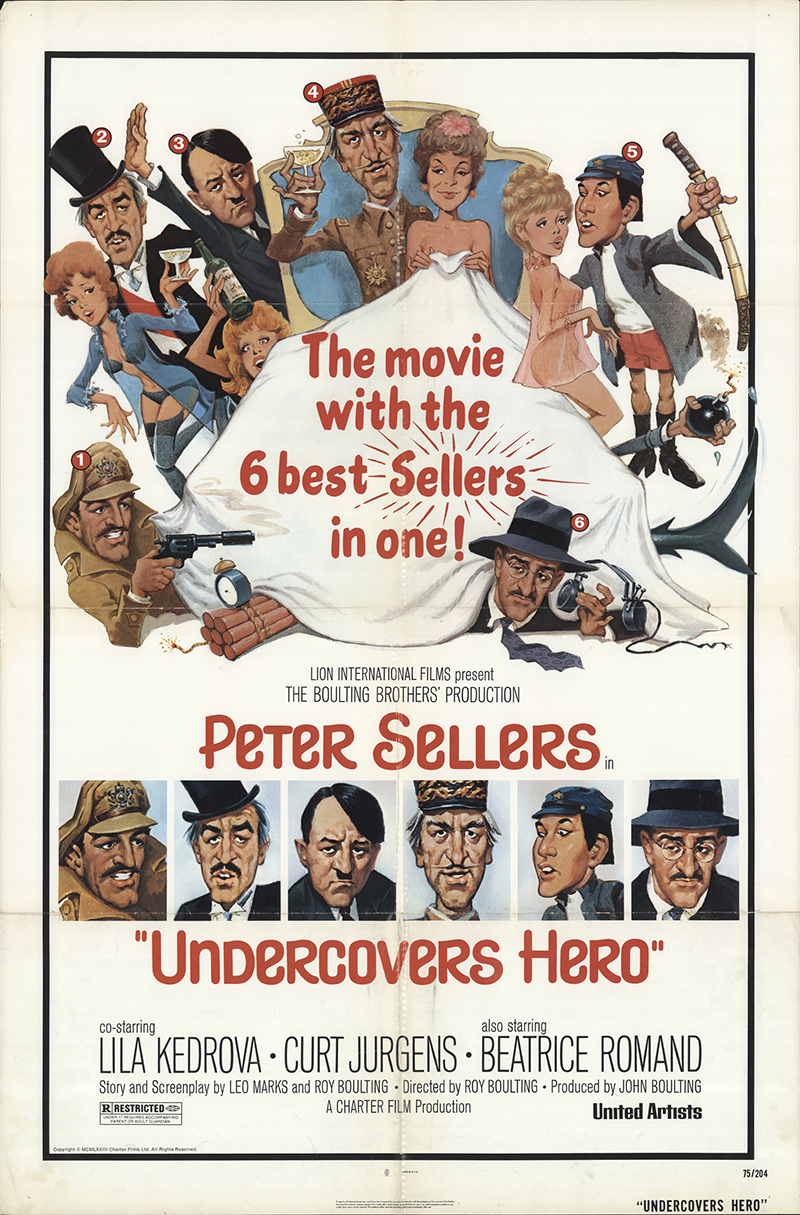