Up From the Beach, the 1965 Robert Parrish US/English/French World War II (WWII) military action thriller (“THE PLACE: Normandy. THE TIME: D-Day plus one. THE STORY: A lone American sergeant on the most IMPOSSIBLE mission of the war!”) starring Cliff Robertson (“…The lone American Sergeant on the most IMPOSSIBLE mission of the war.”), Red Buttons (“…The Pfc. who was more trouble than the enemy.”), Irine Demick (“…The resistance fighter who knew more about the war than any woman should.”), Marius Goring (“…The German Commandant the French wouldn’t kill.”), Broderick Crawford (“…The MP watch-dog who acted as if he owned Normandy Beach.”), James Robertson Justice (“…The Beachmaster who strung an ‘off-limits’ sign across their only road to safety.”; both Crawford and Justice are billed as “Guest Stars Broderick Crawford, James Robertson Justice), Slim Pickens (“…The U.S. Colonel whose orders couldn’t be questioned – yet couldn’t be obeyed.”), and Francoise Rosay (“…The grandmother who couldn’t understand why she was forced to march to the beach.”)

Also Featuring the Cast of Up From The Beach 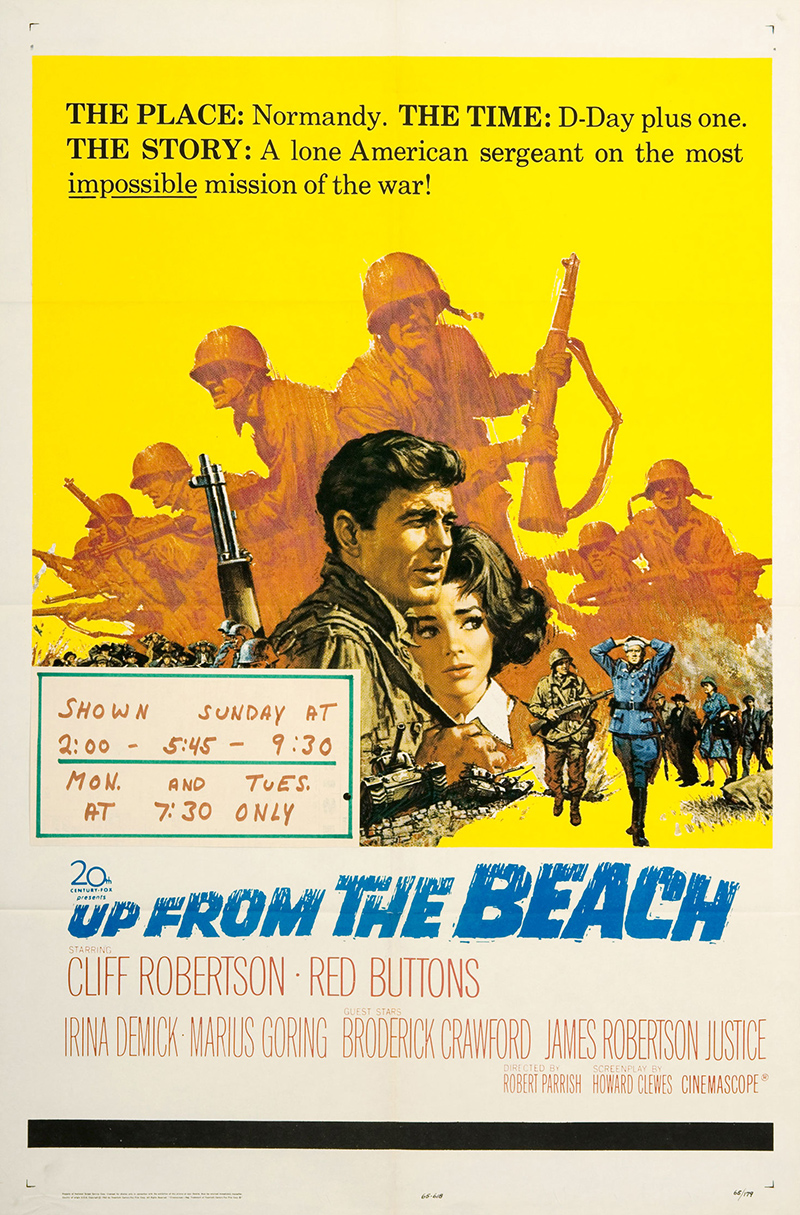