Johnny Williams (Johnny Mack Brown) returns to his home town of Beaufort, and finds himself when being chased by banker Henry Stevens (Tristram Coffin), Grangers Association head Les Travers (Ed Cassidy as Edward Cassidy)and real estate agent Frank Wilkins (Ted Adams.) At the Williams ranch, cowhand Rusty Peters (Raymond Hatton) explains that Johnny’s uncle, ostensibly killed in an accident, is believed by the townspeople to have embezzled money from the local bank that is holding mortgages that now must be foreclosed. Neighboring rancher Tom Lansing (Steve Darrell) offers to help Johnny clear himself from the accusation that he received the stolen money. At the scene of the “accident” in which his uncle died, Johnny finds new evidence and is shot at by Duke (Eddie Parker as Edwin Parker), henchman of the man secretly trying to grad up the land by taking over the mortgages. Joan Travers (Christine McIntyre) is antagonistic toward Johhny when her fiance Stephens goes to jail for the embezzlement to trick the real culprit to relax his guard, so Johnny and Sheriff Burt Wheeler (Pierce Lyden) can bring him to justice. After the sheriff and several others are killed, another real estate agent (Edward Peil as Edward J. Peil)confesses that Lansing is the brains behind the land-grab and murders.

Also Featuring the Cast of Valley of Fear 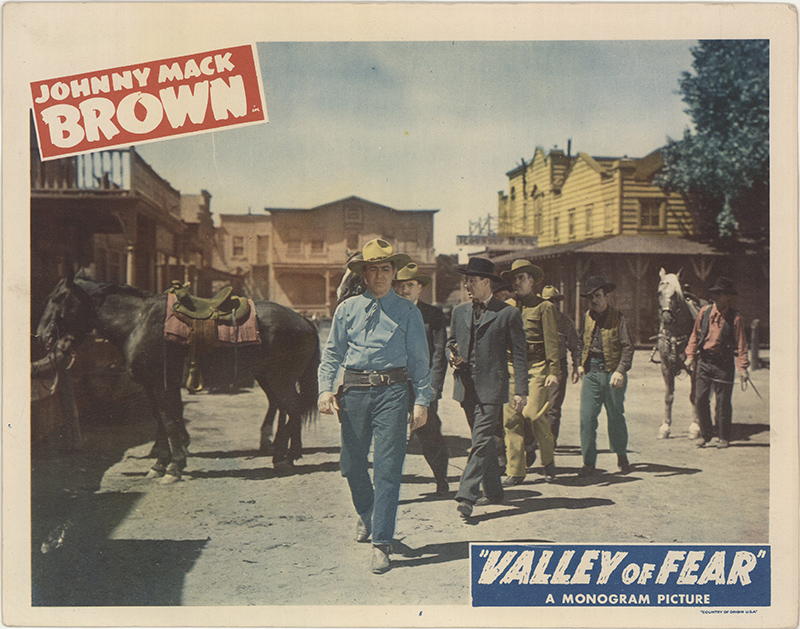