View cart “Kansas Territory” has been added to your cart.

Wild Bill Tolliver and Missouri Benson ride into the territory of New Mexico to search for Bill’s father, Henry Tolliver, who disappeared while prospecting. They discover that a ruthless outlaw leader, Jonathan Kincaid, has joined forces with Carl Engler, a renegade European general, and Kincaid owns a giant gold mine and uses captured Mexican patriots, and others, to work as slaves on his property. Bill and Missouri become friendly with Consuelo Romeros, an agent for the Mexican government, and they learns that Bill’s father is among the prisoner/slaves in the mine. After freeing his father, Bill sets out to smash both the slave-mine operation and Engler’s attempts to overthrow Benito Juarez, the legal president of Mexico.

Also Featuring the Cast of The Valley of Vanishing Men 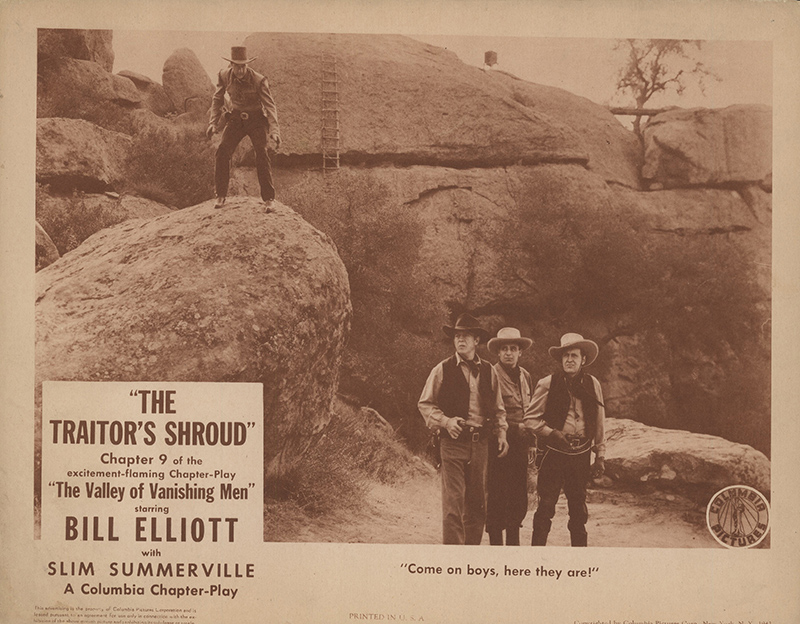 You're viewing: The Valley of Vanishing Men $35.00
Add to cart