During the American Civil War, Captain Kerry Bradford escapes from a notorious confederate prison. He and two of his men are sent to Virginia City where Confederate sympathizers are prepared to donate $5 million dollars to the cause of Southern independence. The war is going badly for the Confederacy and money may tip the war in their favor. On the stagecoach to Virginia City, Bradford meets and falls in love with Julia Hayne not realizing that she is one of the conspirators. When he gets to Virginia City, he also runs into Confederate Captain Vance Irby who has been sent to collect and safely deliver the gold. Irby manages to get out of the city but the Union cavalry is in hot pursue. When Bradfoed catches up with them, he not only has to fight Irby but also John Murrell, a bandit who has his own plans for the gold. He also 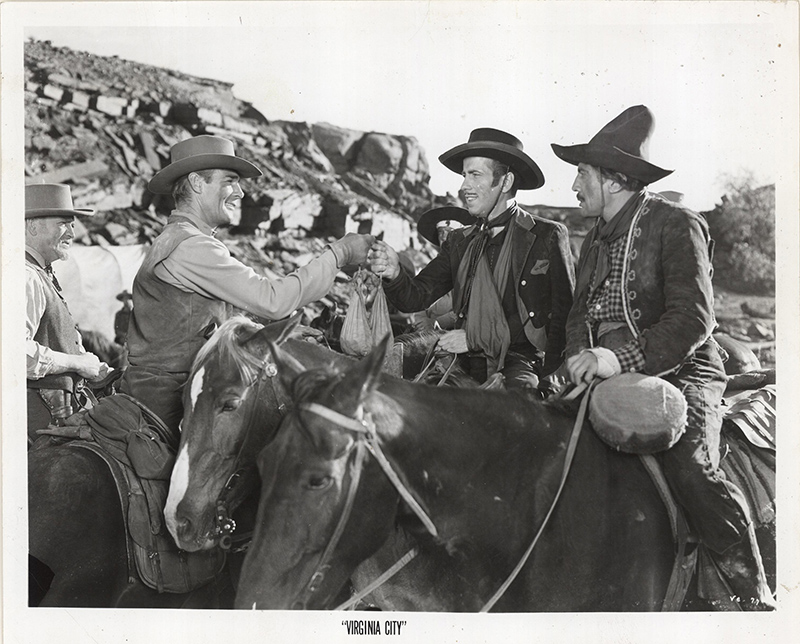