Lieutenant Rip Crandall is hoodwinked into taking command of the “Wackiest Ship in the Navy” – a real garbage scow with a crew of misfits who don’t know a jib from a jigger. What none of them knows, including Crandall, is that this ship has a very important top-secret mission to complete in waters patrolled by the Japanese fleet. Their mission will save hundreds of allied lives – if only they can get there in one piece. The Wackiest Ship in the Army, the 1960 Richard Murphy World War II (WWII) military Navy Naval sailor romantic screwball comedy (“-wacky! -wacky!!”; “The ocean roars and so will you!”; “WACKY is the word for it!!”; “The gal who’s got the gobs GA-GA!”; “Screen Story by Herbert Margolis and William Raynor”; “Based on a story by Herbert Carlson”) starring Jack Lemmon (“The key man in ‘The Apartment’ is the top-kick on a tub!”), Ricky Nelson (“Your dreamboat hits the high C’s while singin’ up a storm!”; famed teenage singing idol and youthful star of the “Ozzie and Harriet” TV series), John Lund, Chips Rafferty, Tom Tully, Joby Baker, Warren Berlinger, and Patricia Driscoll

Also Featuring the Cast of The Wackiest Ship in the Army 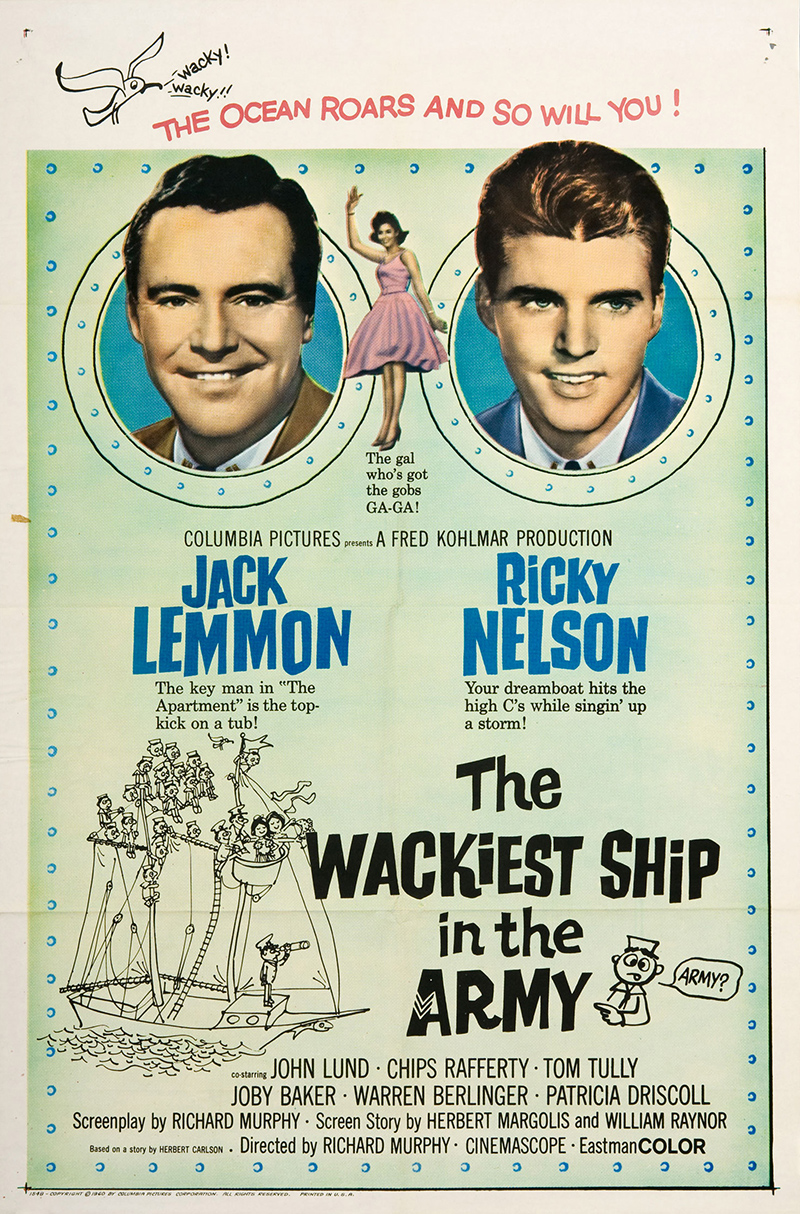 You're viewing: The Wackiest Ship in the Army $55.00
Add to cart