Matt Boone kills Bull Clark in self defense in a crooked poker game, and leaves Waco as he is certain he would not get a fair trial. He joins an outlaw gang led by Curly Ivers, whose lieutenant is Lou Garcia, a killer. Following a bank holdup in Pecos, Matt is captured. Two of Waco’s leading citizens, Richards and Farley, pay the Pecos sheriff the reward Waco had posted for Matt and bring him back to Waco. There, they tell him they want him to be the sheriff and drive out the lawless element. Matt has trouble with Kathy Clark and her cowhands but she soon realizes that Matt is not a killer, and is a honest lawmen. The Texas Rangers capture Ivers and his gang, except for Garcia who has sworn to kill Matt before he is ever captured. Ivers warns Matt of Garcia. Matt takes off his badge, opens Ivers’ cell and starts out to find Garcia. Ivers gives Matt wrong directions and then Ivers prepares to shoot Garcia when he comes looking for Matt. Garcia shoots Ivers and Matt, arriving back in town, kills Garcia. Ivers dies after wishing future happiness for Matt and Cathy.

Also Featuring the Cast of Waco 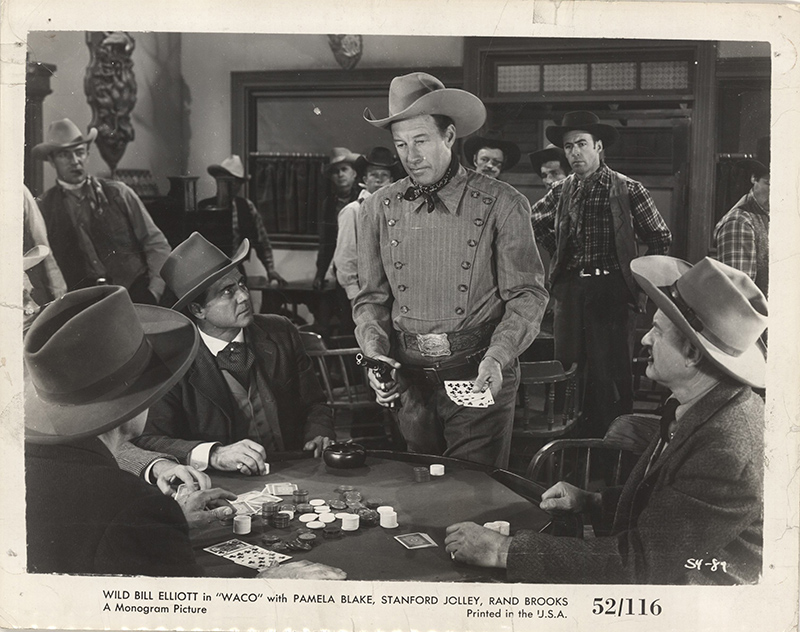