Special investigator Gene Autry (Gene Autry) has himself jailed so he can work on then conscience of Dave Weldon (Dick Jones), suspected of the theft of an Army payroll. Weldon escapes, much to the disgust of Deputy Pat Buttram (Pat Buttram), but Gene catches up with him at the traveling medicine show ran by his father, “Doc” Weldon (Harry Harvey), his sister Connie (Gail Davis), and the Cass County Boys (Fred S. Martin, Jerry Scoggins and Bert Dodson). Dave has been wounded by henchmen of Mike McClure (Henry Rowland), also on the trail of the payroll money. With Gene’s help, Dave’s life is saved, and he decides to turn over the stolen money, but he is captured by McClure and his men. 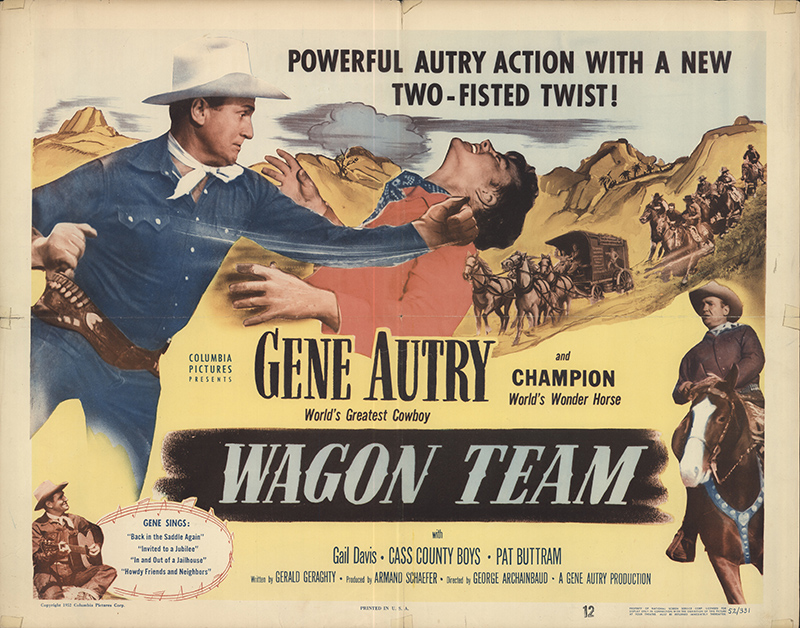