A privileged British family consisting of a mother, a geologist father and an adolescent daughter and son, live in Sydney, Australia. Out of circumstance, the siblings, not knowing exactly where they are, get stranded in the Outback by themselves while on a picnic. They only have with them the clothes on their backs – their school uniforms – some meagre rations of nonperishable food, a battery-powered transistor radio, the son’s satchel primarily containing his toys, and a small piece of cloth they used as their picnic drop-cloth. While they walk through the Outback, sometimes looking as though near death, they come across an Australian boy who is on his walkabout, a rite of passage into manhood where he spends months on end on his own living off the land. Their largest problem is not being able to verbally communicate. The boy does help them to survive, but doesn’t understand their need to return to civilization, which may or may not happen based on what the Australian boy ends up doing.

Also Featuring the Cast of Walkabout 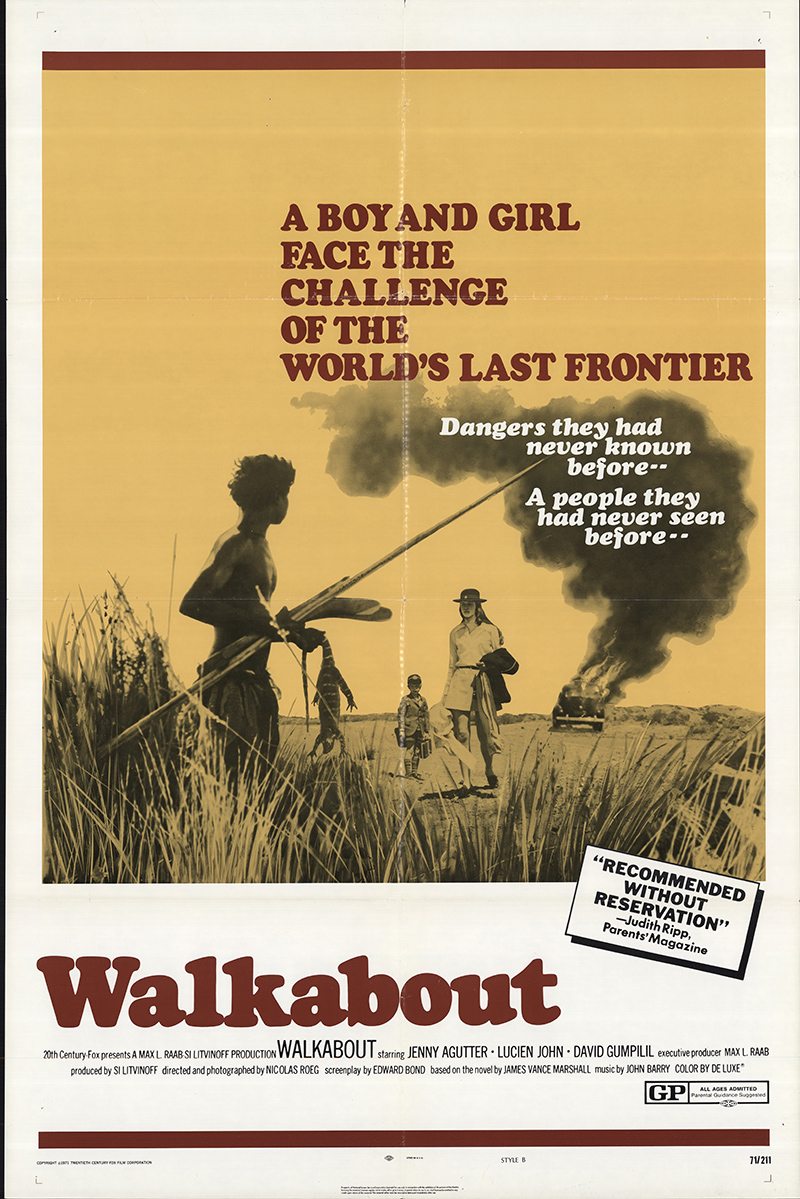