Condition Note: Condition: Good. Fold wear, some fold separation, edge wear, some scuffing throughout, pinholes and pinhole tears in all sections with some missing paper, tears on all borders with some tape reinforcement on back, single-sided, stored folded

Major Howell Brady and two non-coms are assigned to go to Indian territory and recruit peaceful Seminoles relocated from Florida to aid the army in fighting the larger, rampaging Kiowa tribe. Brady promises them better land than the subsistence reservation they have been assigned to. Maygro, their chief, although initially reluctant, finally agrees for the good of his people. However, Brady’s superior, Col. Jackson Meade, is hostile to the idea and distrusts having Indians as allies. Beautiful widow Elaine Corwin, proves a pleasant distraction for Brady although her husband, a unrepentant Confederate whose body was never found, may still be alive and leading the savage Kiowas against the hated Yankees. 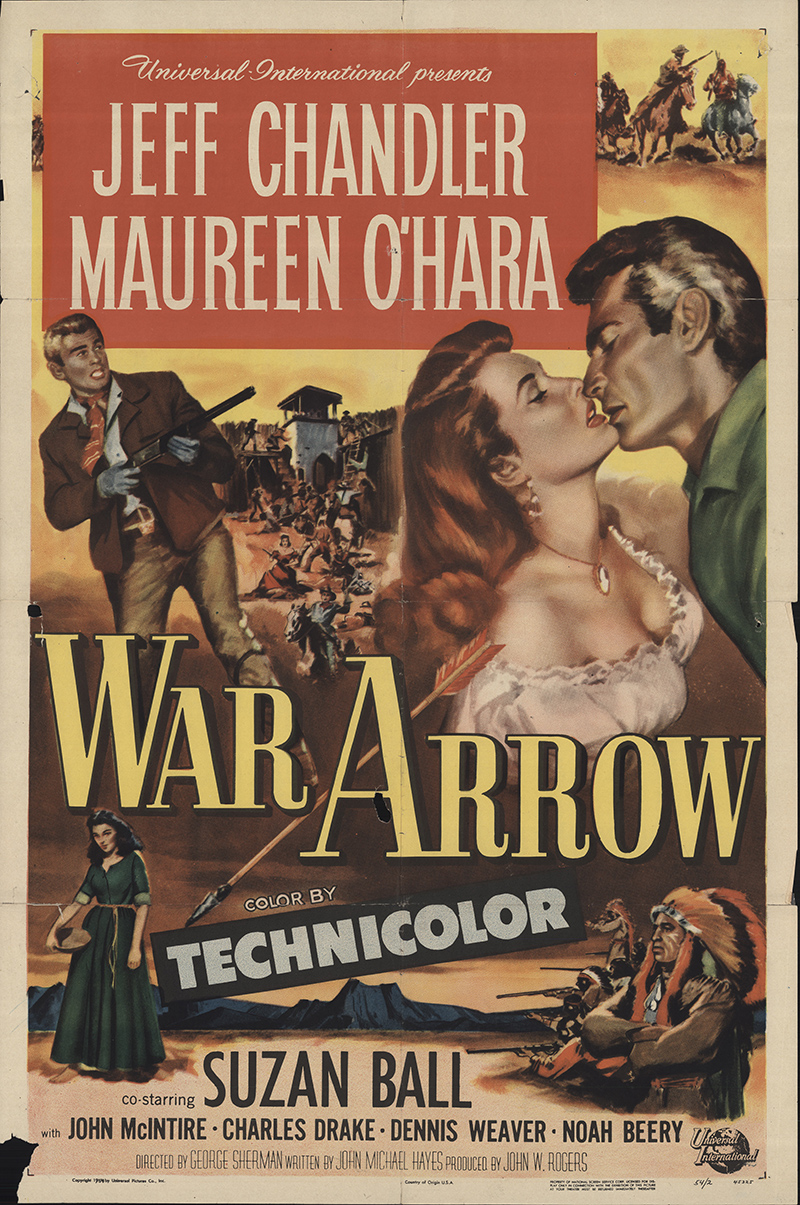