2 quirky Manhattanites crash into each other cute at an ophthalmologist’s office. Peter is a grouchy cartoonist/author whose vision is failing, divorced mother Theresa is also reluctant to plunge into a relationship right now. It’s not love at first sight – both have their eyes dilated, plus Peter constantly lampoons women in his work, which book seller Theresa knows well. Loosely based on James Thurber’s drawings “The War Between Men & Women,” and Thurber’s life, the film features animated sequences. The War Between Men and Women (also released as “In Love and War”), the 1972 Melville Shavelson battle-of-the-sexes romantic comedy (“Man cannot live by love alone… Woman won’t let him!”; “A very special and wonderful comedy!”; “Written by Melville Shavelson and Danny Arnold”; “Their affair ended in disaster. They got married!”; “Suggested by the writing and drawings of James Thurber”) starring Jack Lemmon, Barbara Harris, Jason Robards, Dr. Joyce Brothers, and Herb Edelman

Also Featuring the Cast of The War Between Men and Women 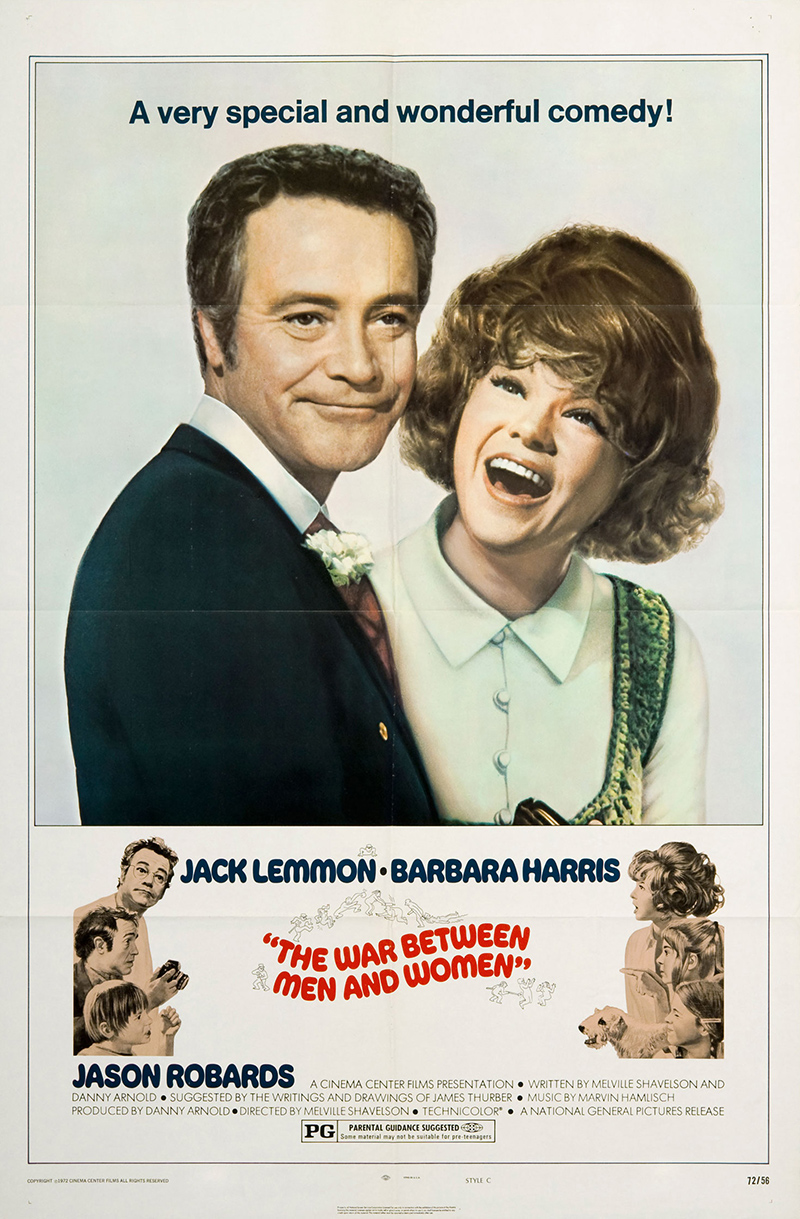 You're viewing: The War Between Men and Women $60.00
Add to cart