In the mid-19th century, Senator William J. Tadlock leads a group of settlers overland in a quest to start a new settlement in the Western US. Tadlock is a highly principled and demanding taskmaster who is as hard on himself as he is on those who have joined his wagon train. He clashes with one of the new settlers, Lije Evans, who doesn’t quite appreciate Tadlock’s ways. Along the way, the families must face death and heartbreak and a sampling of frontier justice when one of them accidentally kills a young Indian boy. Harold Hecht’s The Way West, the 1967 Andrew V. McLaglen Native American Indian cowboy western (“They fought… They blistered… They froze… They cursed… They hid with the buffalo… They drank with the Indians… They sinned with each other! And nothing made by man, created by God or born in hell – could stop them on THE WAY WEST!”; “‘What the hell can stop us!'”; “The West was up for grabs!”; “Hang them for murder! Hang them for taking the woman! But hang them – or the Sioux Nation will bury you!”; “Cracking like a whip from here to excitement!”; “Based on a novel by A.B. Guthrie, Jr.”) starring Kirk Douglas, Robert Mitchum, Richard Widmark, Lola Albright, Michael Witney, Stubby Kaye, Sally Field (billed as “introducing Sally Field as Mercy”), Katherine Justice (billed as “introducing Katherine Justice”), Jack Elam, Harry Carey Jr, and Nick Cravat (who was Burt Lancaster’s trapeze partner during his circus days, and who played small roles in several of Lancaster’s movies)

Also Featuring the Cast of The Way West 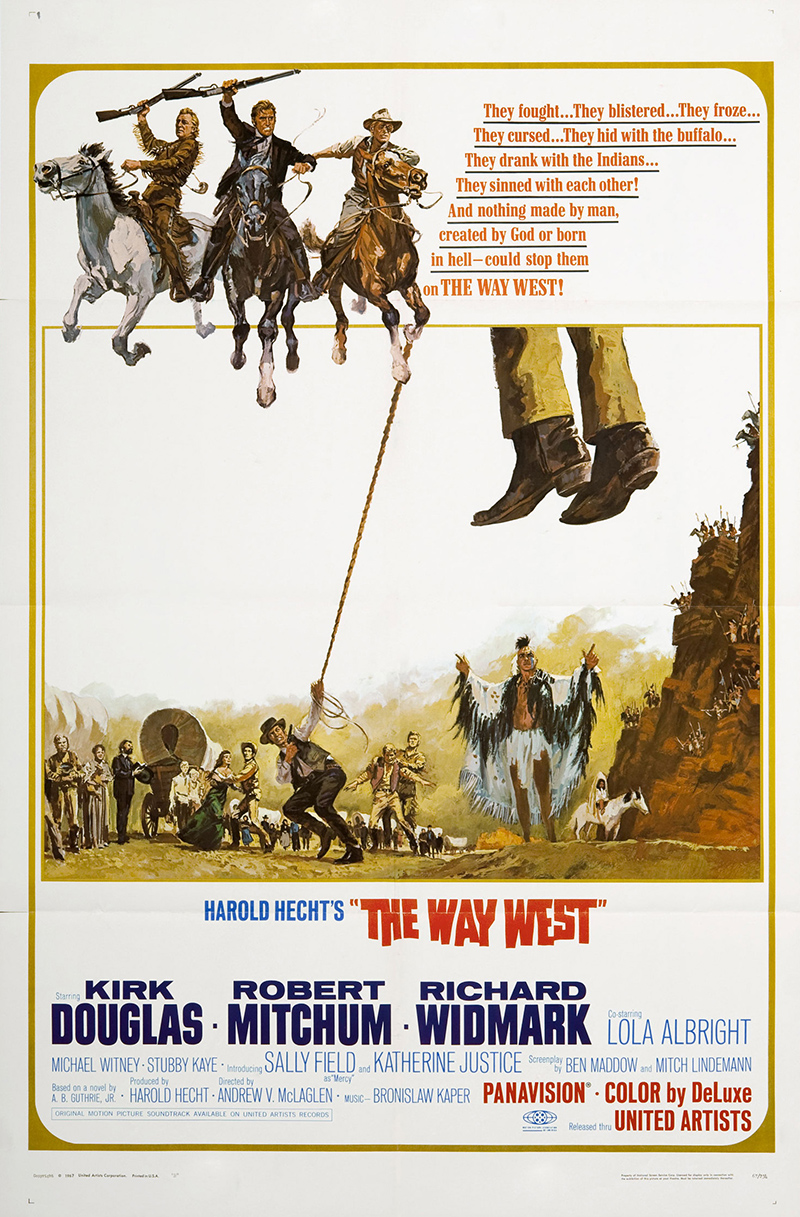