In the 8th (and last) entry in the Scott R. Dunlap-produced “Rough Riders” series for Monogram, the town of Gold Creek is in turmoil due to the hi-jacking of gold. Newspaper editor Rufus Tood is going to publish the fact that a dying miner accused Rand and Ludlow of being his attackers. John Corbett, the town’s leading citizen and Todd’s supposed friend, but in reality the man behind the gang, has Todd’s presses wrecked. The latter sends for U.S. Marshal Buck Roberts, who stops a holdup of miner Ray Mason, carrying gold in a wagon, and brings the wounded Ray to town and secretes the wagon. Marshals Tim McCall, posing as a preacher, and Sandy Hopkins, posing as an undertaker, have also arrived in town. The coffins Sandy brings contain a new printing press for Todd. With the aid of his daughter Julie, Todd puts out an edition naming Rand and Ludlow as crooks and demanding the name of the man behind the crimes. The crooks identify Buck as the man who took the gold wagon from them, and Buck, posing as an outlaw, makes a deal with them to deliver the gold to the ring leader. They have other plans, however.

Also Featuring the Cast of West of the Law 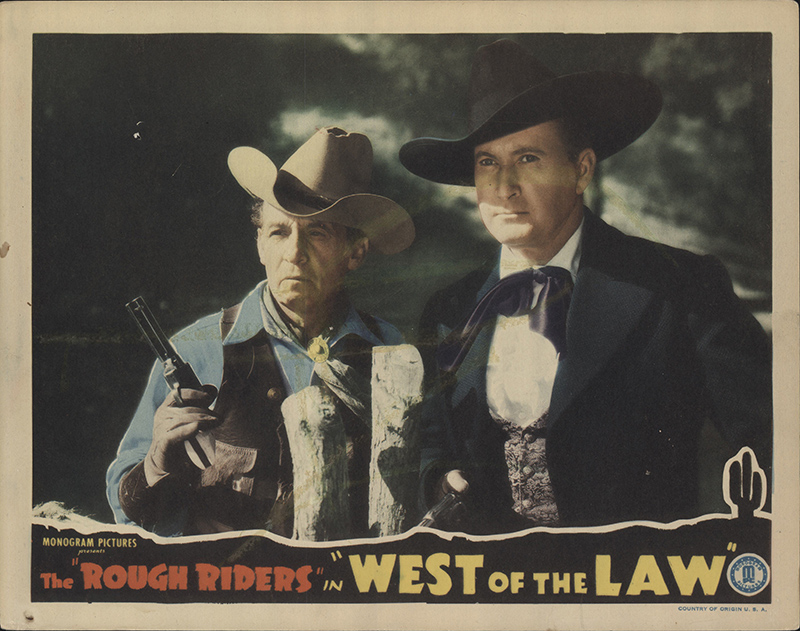