Town boss Martin Keene is exacting heavy taxes on the citizens of Keenesburgh under penalty of taking away the land he originally sold them. With an impending election to decide the county seat, Keene is taking no chances on the possibility of Centerville winning the election,and sends for gunman Wade Gunnerson to replace Sheriff Tom Boyd, whom he has murdered. While on his way, Gunnerson is beaten to the draw in a gun fight with undercover U.S. Marshal Nevada Jack McKenzie, who then poses as Gunners and plans with fellow marshal Sandy Hopkins to rout the Keene gang and ensure the townspeople of an honest election. Posing as a school teacher, Sandy gains the confidence of the townsfolk and with Judge Darcy and his daughter, Alice, proceeds with the details of the election. Keene gets word of Gunnerson’s death and plans to eliminate Nevada. The latter, aware of Keene’s plan, beats Keene to the draw and then helps to bring in the deciding votes form Northford. Nevada and Sandy ride out of town to new adventures.

Also Featuring the Cast of West of the Rio Grande 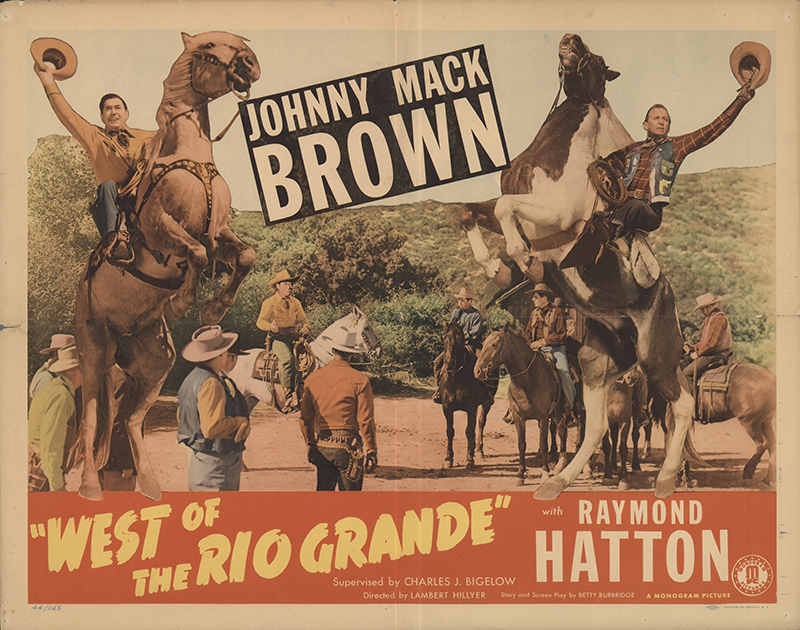