Near the end of the war in Germany, GI Steve Boland, a self-described “sharp-operator”, meets a German girl, Ilsa, and they fall in love. Ilsa’s brother Karl, whom she has not seen in three years, and his fellow-Nazi Ludwig visit Ilsa. Karl proudly informs her that he and Ludwig are “Werewolves”, a group of Nazi assassins parachuted behind Allied lines for the purpose of killing Allied High Command officers. She and Steve go to Army Intelligence with they information, where Steve is immediately arrest for being A.W.O.L. Captain Melton of Army G-2 intervenes on Steve’s behalf, as G-2 has had a suspicion about the existence of the “Werewolves” but no concrete info before now. When Hell Broke Loose, the 1958 Kenneth Crane World War II (WWII) military romantic sex melodrama (“The Bloodiest Plot of World War Two”; “that was the day When Hell Broke Loose”) starring Charles Bronson (very young in this role!), Richard Jaeckel, Violet Rensing, Robert Easton, and Arvid Nelson

Also Featuring the Cast of When Hell Broke Loose 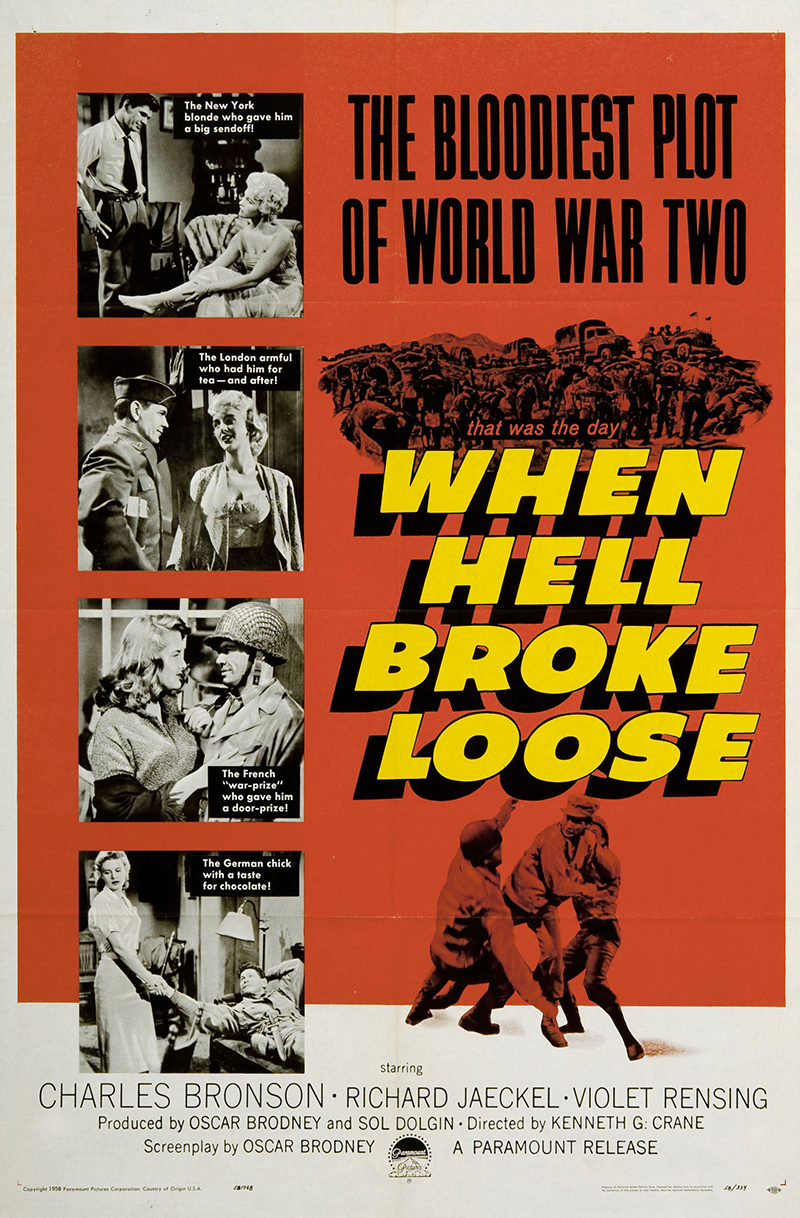