Sylvia Burgess and her weak-willed brother Hal travel to the gold mine they have inherited in the frozen north. Accompanying them is their tough guide Weedon Scott. Along the way they are attacked by a pack of wolves led by the half-wolf, half-dog White Fang. In terror, Hal commits suicide. Later, though, White Fang, recalling his distant heritage among men, protects Scott from danger. At the mine, Scott passes himself off as Sylvia’s brother Hal in order to keep her from being taken advantage of. Saloon owner Beauty Smith, himself hungry to take over Sylvia’s mine, sees through Scott’s ruse and has him accused of Hal’s murder. Only through the help of White Fang and Scott’s pal Slats does Scott have a chance to beat the rap and protect Sylvia and her mine. 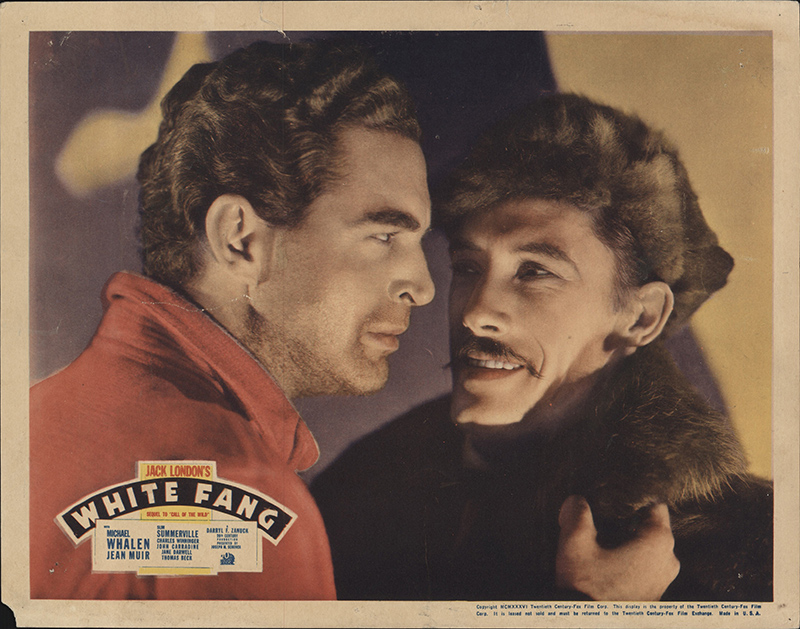