View cart “Woman Times Seven” has been added to your cart.

Seven mini-stories of adultery: “Funeral Possession,” a wayward widow at her husband’s funeral; “Amateur Night,” angry wife becomes streetwalker out of revenge; “Two Against One,” seemingly prudish girl turns out otherwise; “Super Simone,” wife vainly attempts to divert her over-engrossed writer husband; “At the Opera,” a battle over a supposedly exclusive dress; “Suicides,” a death pact; “Snow,” would-be suitor is actually a private detective hired by jealous husband. Vittorio De Sica’s Woman Times Seven, the 1967 Vittorio De Sica Italian/French/U.S. sex comedy (“It’s as naughty as a pink lace nightgown, as delicious as a piece of gossip, as sharp as a shot of wry, as rare as a stroke of genius, it’s ‘Woman Times Seven'”; “It’s got everything that a man should know or a motion picture could show about a woman!”; “The most exciting idea a man ever had for a motion picture!”; “Shirley MacLaine as she connives with Alan Arkin, carouses with Rossano Brazzi, deceives Michael Caine, taunts Vittorio Gassman, and darn near kills Peter Sellers”; “Not for people with tired blood!”) starring Shirley MacLaine, Alan Arkin, Rossano Brazzi (most Americans know him solely as the star of the movie version of “South Pacific” in 1958, but he appeared in Italian movies for ten years beginning in 1938, and then made American movies from 1948, and was a respected stage director in Italy as well!), Michael Caine, Vittorio Gassman, Peter Sellers, Anita Ekberg, Elsa Marinell, Robert Morley, Lex Barker, and Patrick Wymark 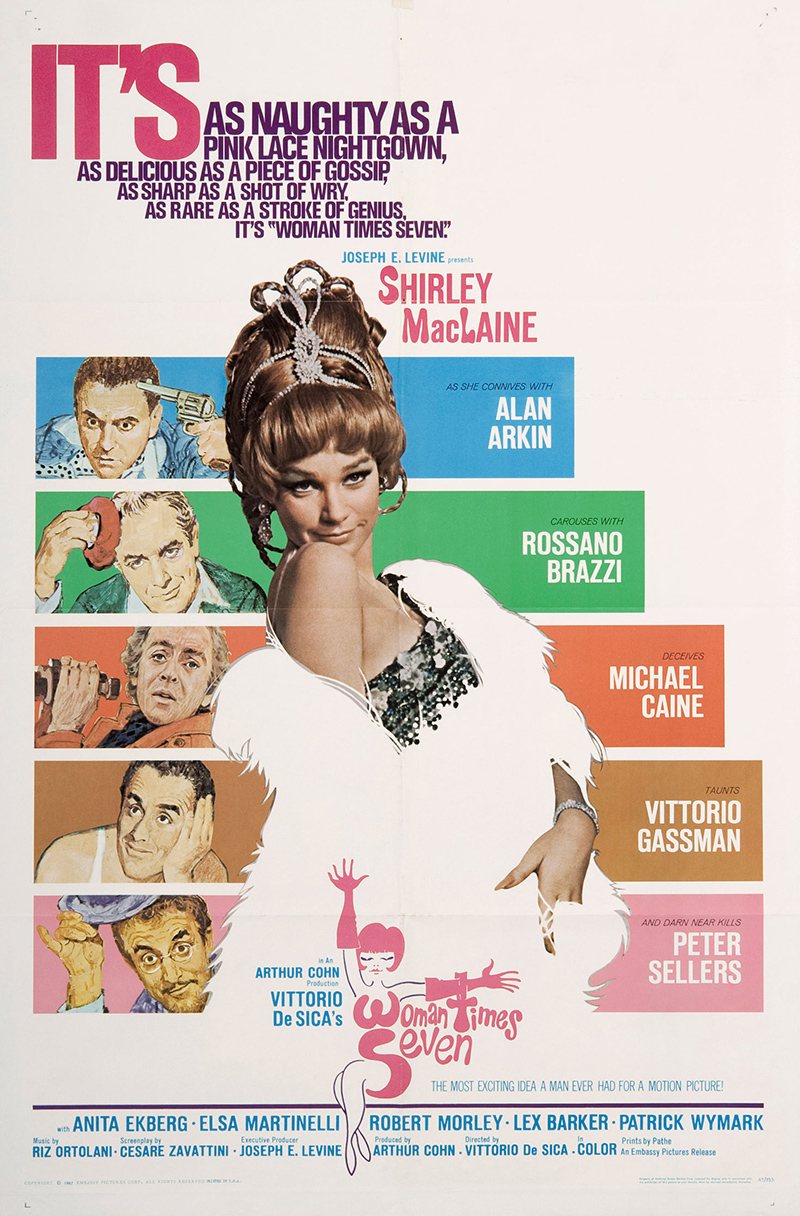