A tontine is established for a dozen children, a tontine being a kind of bet/insurance, money is put in for each to grow with interest and the last survivor is to get the lot. We watch the group dwindle until only two brothers are left. One brother is watched by his nephews who will keep him alive at all costs, the other lives in ill health and poverty as the only support of his fairly stupid grandson. Statues and bodies are switched, in the wrong boxes until everyone is sure someone has died. Now if they can only make it seem as if the other brother died first, hundreds of thousands of pounds (in Victorian England when a pound was a pound) will be theirs. The Wrong Box, the 1966 Bryan Forbes English Victorian-era screwball sex comedy (‘Virtuous maidens… Cunning cousins… Dastardly deeds… Bodies in barrels… And boxes and boxes of boxes!’; ‘Written for the Screen and Co-Produced by Larry Gelbart and Burt Shevelove’; based on a Robert Louis Stephenson story) starring John Mills, Ralph Richardson, Michael Caine (billed as ‘of ‘Ipcress File’ fame’), Tony Hancock (‘as the Detective’), Peter Cook, Dudley Moore, Nanette Newman, Tony Hancock (‘as detective’), and Peter Sellers (‘as Dr. Pratt’)

Also Featuring the Cast of The Wrong Box 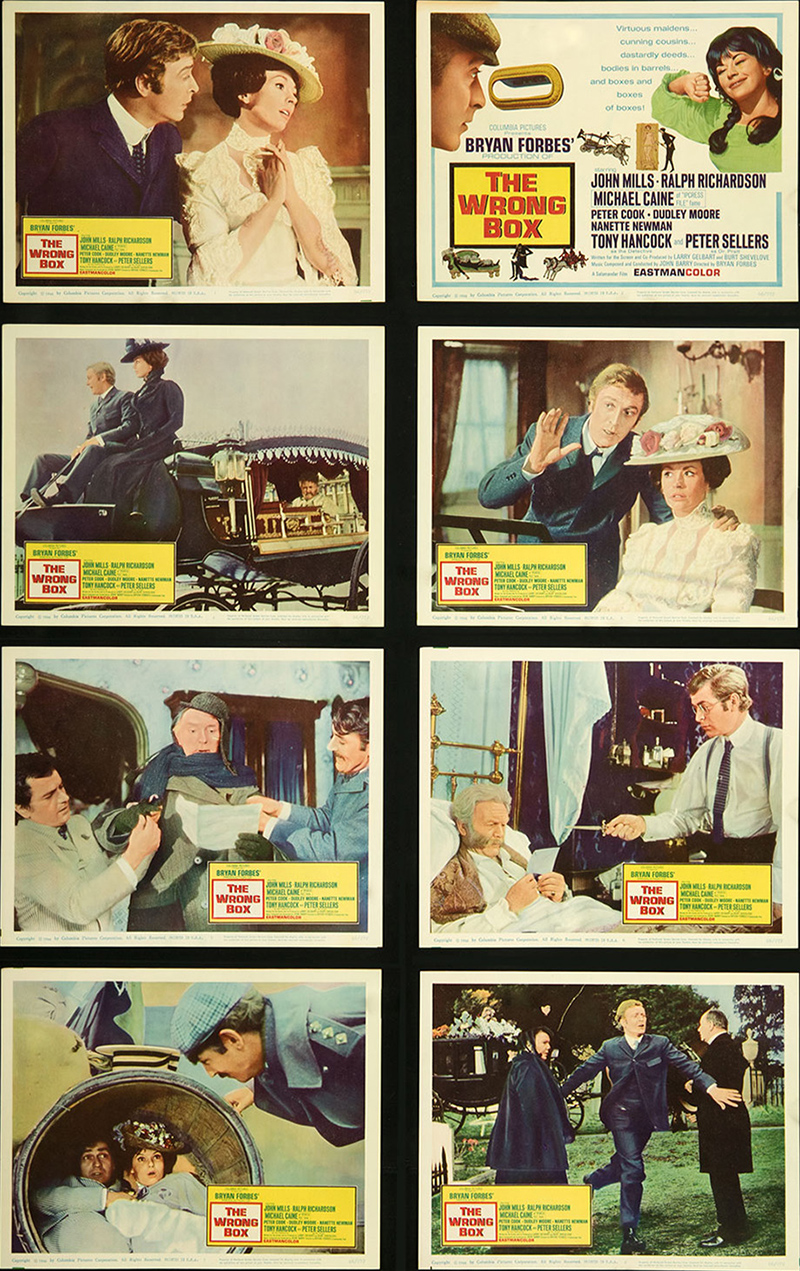