Chinatown, New York City. There has long been an unofficial agreement that the NYPD will leave the traditionally run Chinese triad alone to manage the crime issue in the neighborhood, the triad who is the face of organized crime of Chinatown. The triad also has an unofficial agreement with the Italian mafia, still seen as the major player in organized crime in the city, to be cooperative in a win-win situation in their illegal activities. However, the Chinese youth gangs are disregarding these unofficial agreements, being another violent player in the crime scene in Chinatown, they who take a stand by killing Jackie Wong, the head of the triad. To deal with the matter, the NYPD reassign Captain Stanley White from Brooklyn to Chinatown. Stanley, of Polish heritage, is not averse to slinging slurs toward his adversaries, most of those of a racial nature. This reassignment will not help the already deteriorating marriage he has to his long suffering wife, Connie. While Stanley is supposed to target his efforts against the youth gangs, he instead decides to target his efforts against Joey Tai, Jackie’s son-in-law who has taken over the triad. Stanley’s actions do not sit well with his superiors who want to honor their long held tradition of leaving the triad alone. Although Joey convinced the triad elders that they needed a more vigorous leadership which he could accomplish, Joey, in reality, may have more to do with the increased violence in Chinatown than they realize, including Jackie’s murder. In achieving his goal, Stanley co-opts the assistance of Herbert Kwong, a neophyte NYPD officer to go undercover to infiltrate Joey’s organization, a job for which his training may make him ill-prepared. Also to further his goals, Stanley begins a love-hate relationship with Tracy Tzu, an American born ethnic Chinese reporter who works the Chinatown beat for an English language network. As Joey goes about his business and Stanley tries to bring him down, the battle between the two becomes personal, which places those around them in danger. The question becomes whether each will survive the battle, not only against each other but by their respective organizations who may not see what they’re doing as maintaining what was the on the surface peace that existed in Chinatown before the current problems.

Also Featuring the Cast of Year of the Dragon 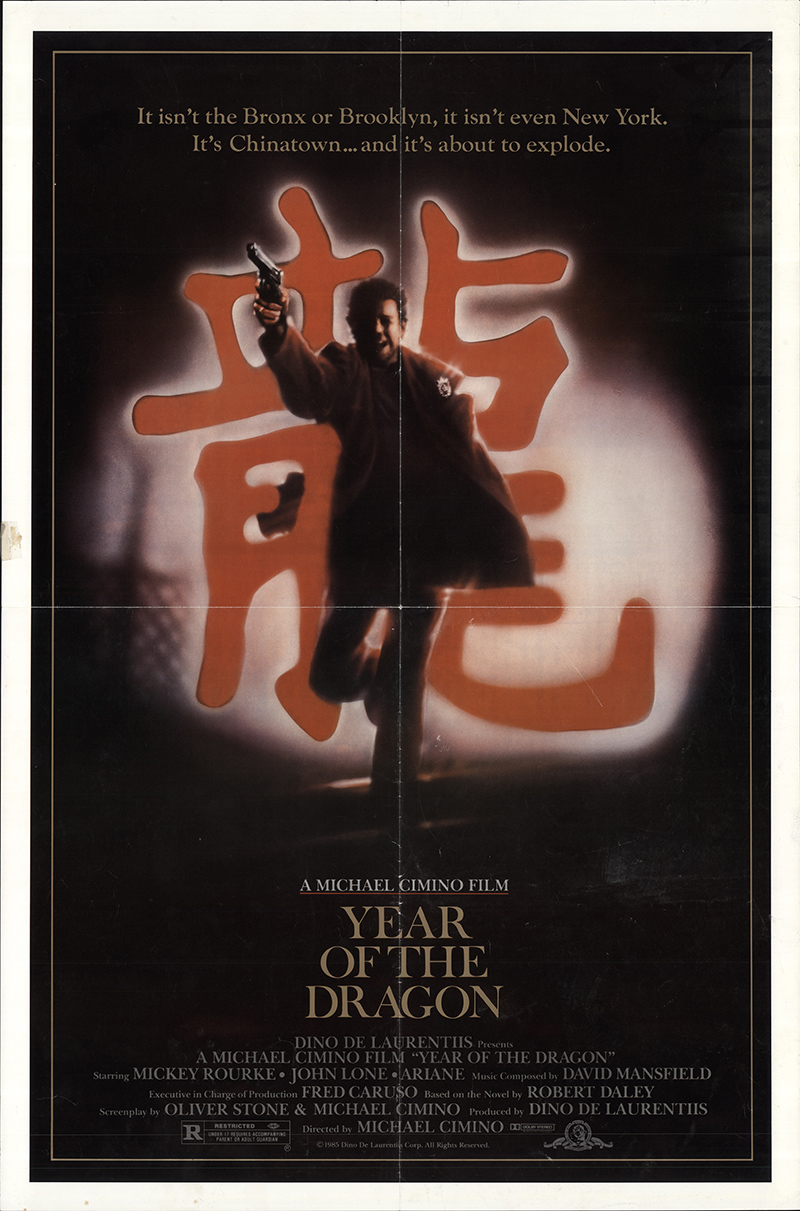