A motley group of soldiers are set loose on swinging England in an initiative test to collect a selection of esoteric items. You Must Be Joking, the 1965 Michael Winner English sex comedy (“You must see…” ;”It%uFFFDs A mad-mad whirl of a hunt for guys and gals and goodies!”) starring Michael Callan, Lionel Jeffries, Denholm Elliott, Wilfrid Hyde-White, Bernard Cribbins, James Robertson Justice & Leslie Phillips (Justice and Phillips are billed as “Special appearances of James Robertson Justice & Leslie Phillips), Gabriella Licudi & Patricia Viterbo (both billed as “introducing Gabriella Licudi & Patricia Viterbo) and Terry-Thomas (billed as “Guest Star Terry-Thomas”; born Terry Thomas Hoar Stevens, he was a very minor actor from 1935 to 1941, and then quit the business for seven years, and in his forties he became quite popular in English comedies, and he adopted the stage name of “Terry-Thomas”, and he had a gap between his front teeth which was his trademark)

Also Featuring the Cast of You Must Be Joking! 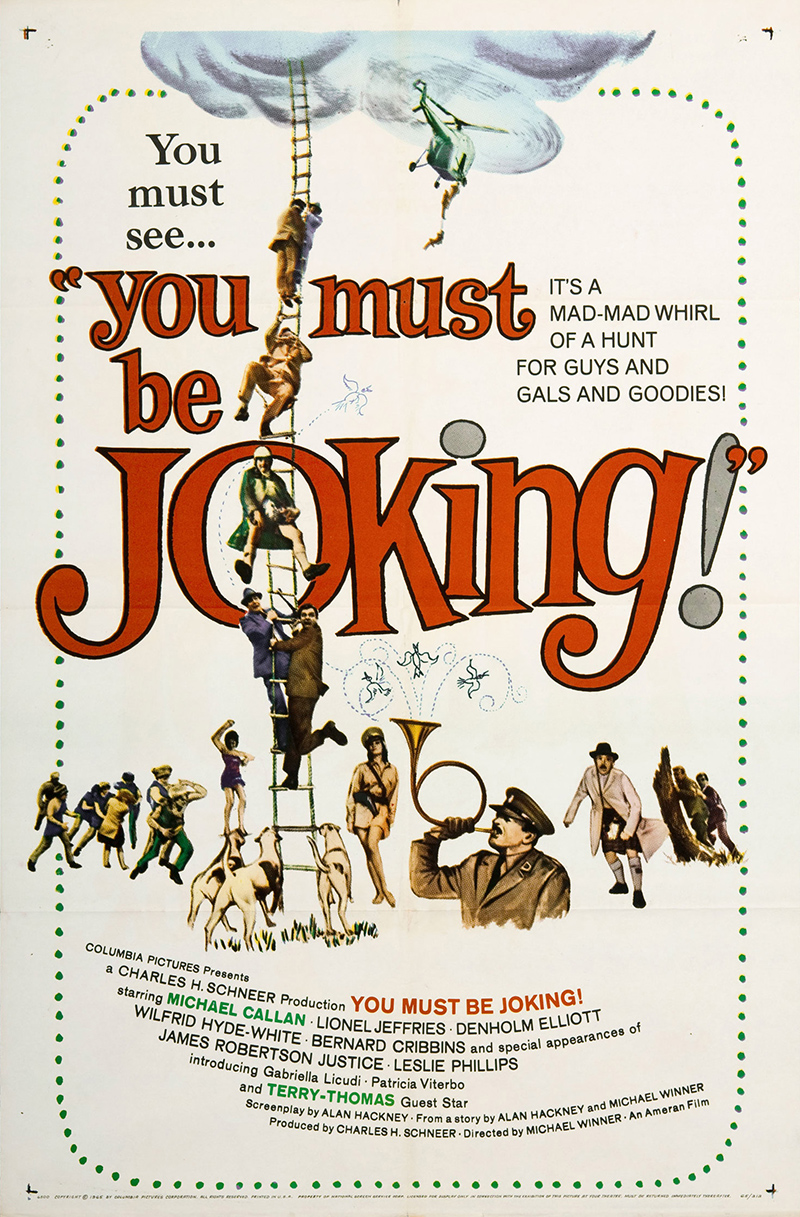