Biographical drama based on the early life of playwright Sean O’Casey, depicting his rise from the 1910 Dublin slums to the celebrated openings of his early plays. Johnny Cassidy, an impoverished idealist whose ambitions are restricted by the demands of looking after his family, journeys through the social injustices of Dublin life – involving himself with the rowdy tramway-men strike, dawdling with prostitute Daisy Battles, seeking a better life. He falls in love with bookshop assistant Nora who encourages him toward a life of writing. Finding success at the Abbey Theatre, his unorthodox views estrange him from family, friends and his own past. Young Cassidy, the 1965 Jack Cardiff & John Ford English Ireland Irish rebellion (IRA) thriller (“He’s a brawling sprawling giant – on the make for fame and fortune and then some!”; “He’s in action – after every woman and wonder in sight!”; “Bellowing, Brawling, Womanizing your way! He’s in action morning, noon and night – after every woman and wonder in sight!”; “Brawling, battling, earthy… That’s Young Cassidy – taking on the world with two fists clenched and every male sense soaring!”; “Based on ‘Mirror in My House’ by Sean O’Casey”, which was his autobiography) starring Rod Taylor (in the title role as John Cassidy), Julie Christie, Edith Evans, Michael Redgrave, Flora Robson, and Maggie Smith 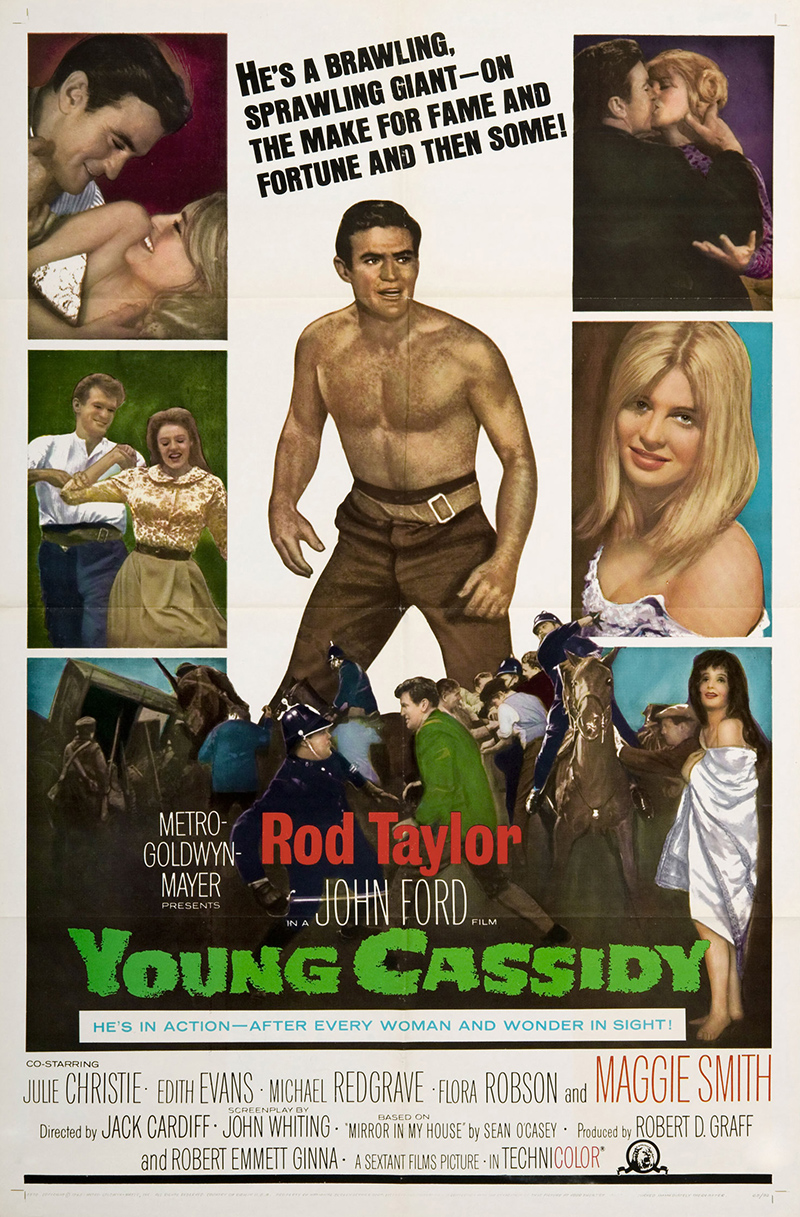