A man searching for a stolen army payroll is joined by several men after the reward money. One of the pursuers, after killing a ranch foreman, elopes with the ranchers’ daughter. Enraged at the shooting of his foreman and convinced that his daughter was kidnapped, the rancher leads a posse after his daughter. When Apaches attack the thieves and their pursuers, the rancher’s posse is forced to side with his daughter’s new husband and his friends.

Also Featuring the Cast of Young Guns of Texas 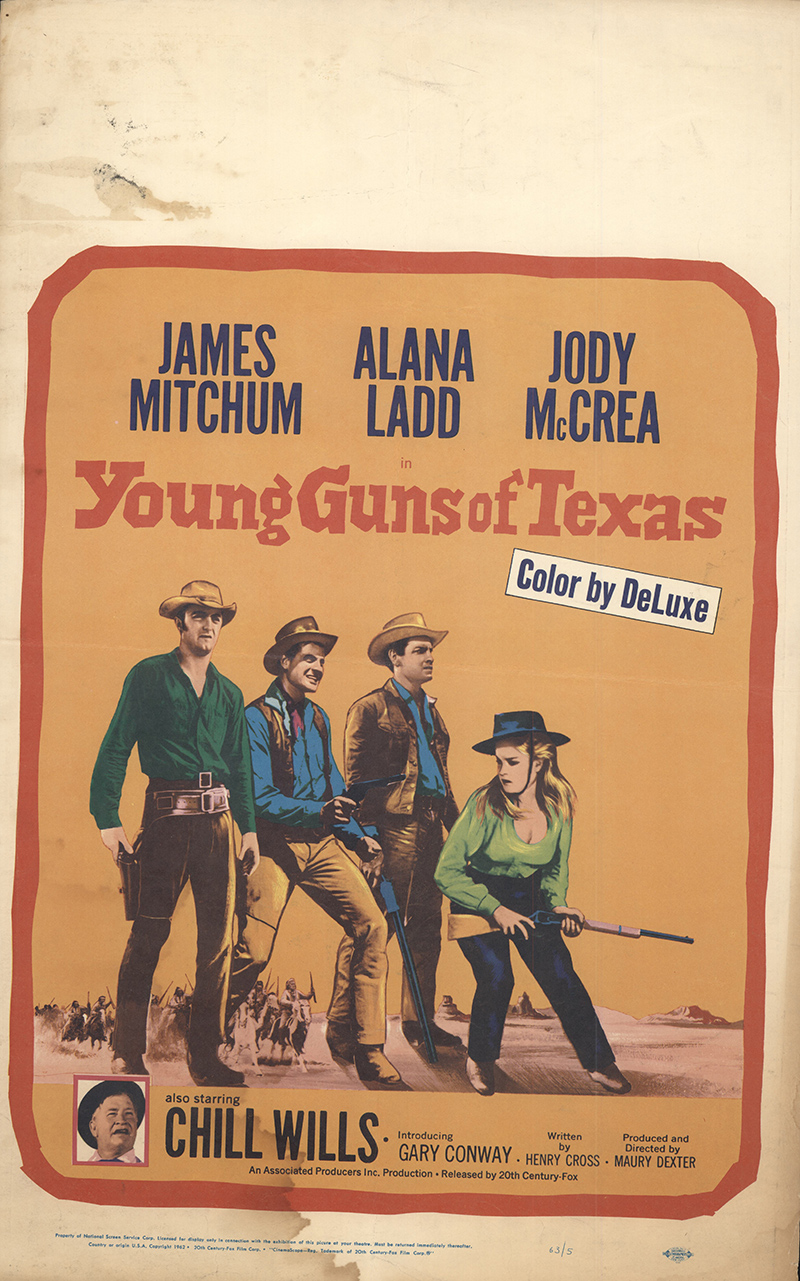