Youngblood Hawke is a truck driver from Kentucky who comes to New York City to become a hot-shot writer. Almost immediately, he meets editor Jeanne Green. She sees great promise in Hawke’s writing and falls for the handsome Kentuckian while helping him put together his first book deal. His first novel is moderately successful, but it is soon transformed into a Broadway play by a has-been stage actress. Jeanne discovers that Youngblood has an effect on a great many women, so she takes a job at a new publishing company. Soon after, Hawke’s second novel is heralded and he becomes the toast of the town. He then has an affair with a married socialite. His third novel bombs and is also panned by critics…Hawke’s financial state declines into hard times. Returning to Kentucky to work on his next book, he contracts pneumonia before realizing that his first editor Jeanne was his ideal woman. 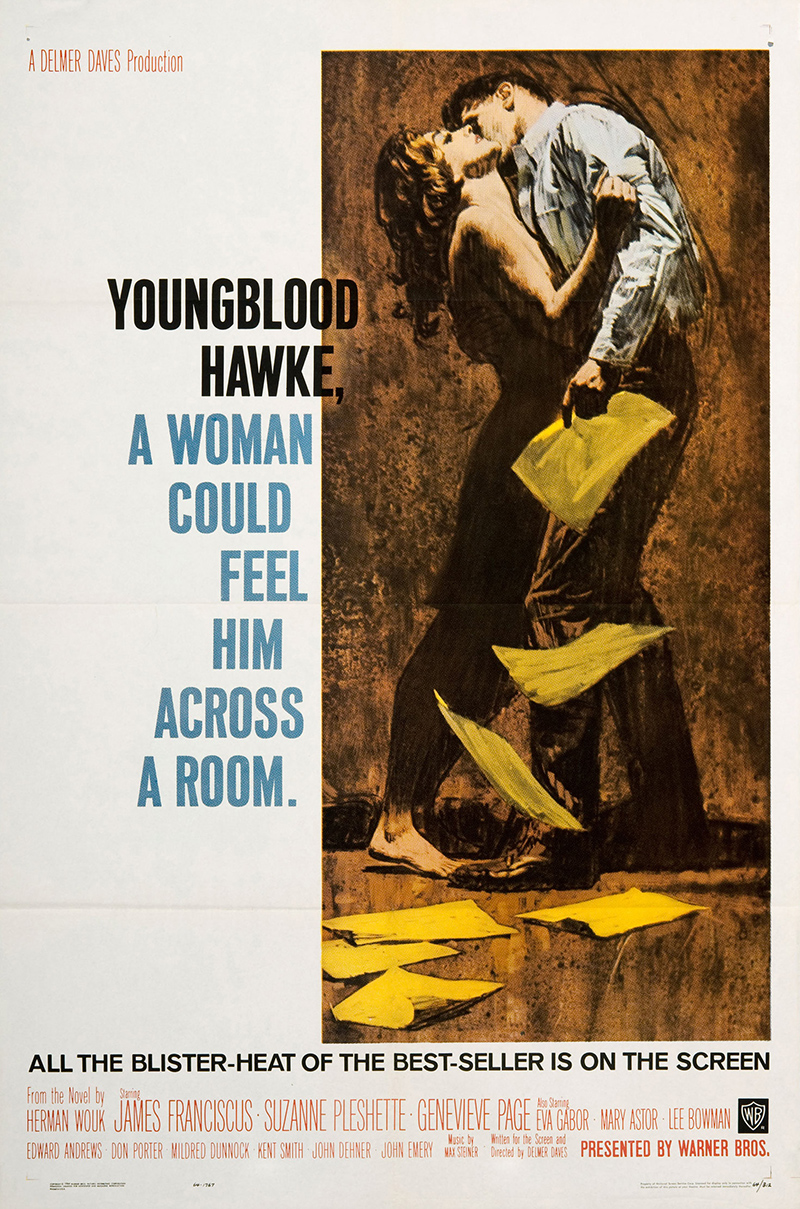